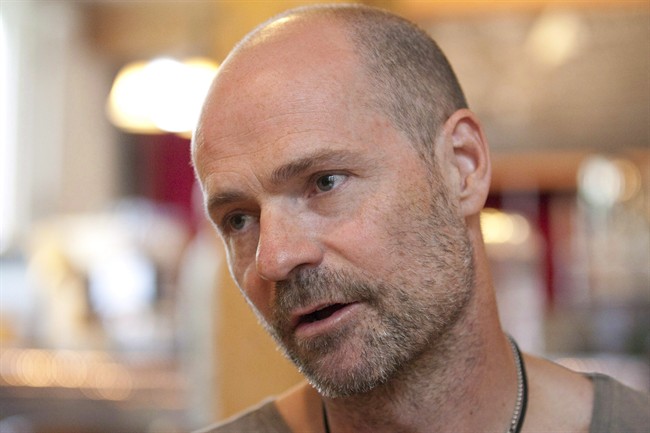 Gord Downie in an interview with The Canadian Press in Toronto on June 4, 2010. The Tragically Hip said its lead singer, Gord Downie, has terminal brain cancer. Downie found out about the illness in December, according to a statement on the band’s website. (THE CANADIAN PRESS/Frank Gunn)

Downie found out about the illness in December, according to a statement on the band’s website.

“Since then, obviously, he’s endured a lot of difficult times, and he has been fighting hard,” the statement said.

“In privacy along with his family, and through all of this, we’ve been standing by him.”

At the same time, the band said it will go on tour once more, which it said “feels like the right thing to do now, for Gord, and for all of us.”

“What we in The Hip receive, each time we play together, is a connection; with each other; with music and its magic; and during the shows, a special connection with all of you, our incredible fans,” the band wrote.

The specialist treating Downie, neuro-oncologist Dr. James Perry, will hold a news conference in Toronto on Tuesday morning to discuss the singer’s condition, details of which have not been released.

The Hip’s managers, Bernie Breen and Patrick Sambrook, will be there to take questions, but neither Downie nor his band mates will be in attendance.

The announcement also said the band will not discuss the matter further because “the music will stand to answer all.”

The group’s 14th studio album, Man Machine Poem, will be released on June 14, the statement said.

The Tragically Hip announced the news on its website and social media early Tuesday morning and reaction has been swift and sad.

“This is so sad. The Hip alone has gotten me through some of the best and worst times of my life,” wrote Sarah Theresa on the group’s Facebook page.