PETA to Protest Trudeau at Liberal Convention in Winnipeg 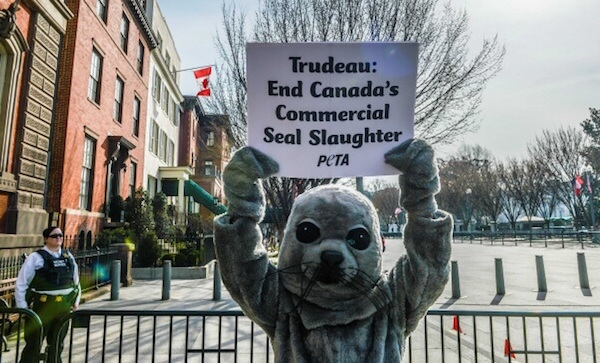 Prime Minister Justin Trudeau will be the focus of a protest by PETA on Saturday when he’s in Winnipeg.

“For years, the Canadian government has poured millions in taxpayer dollars into a failing industry that shoots, bludgeons, and skins seals,” said PETA senior vice-president of campaigns Dan Mathews.

“PETA is calling on Prime Minister Trudeau to do what the last administration wouldn’t and end subsidies to the cruel commercial seal slaughter.”

The Liberal convention, which began on Thursday, wraps up Saturday at the RBC Convention Centre.