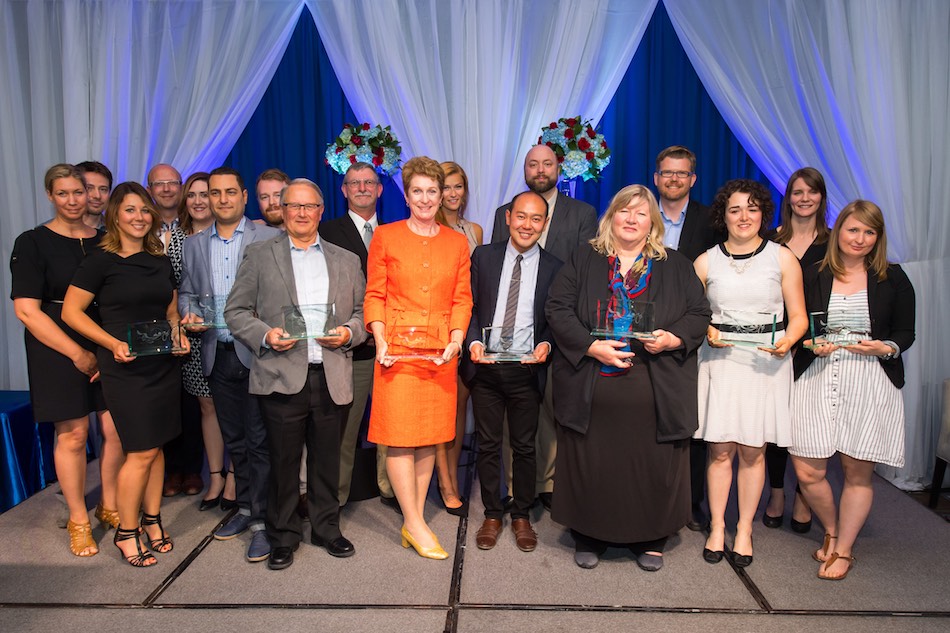 Winners of the fifth annual Winnipeg Tourism Awards of Distinction at The Fairmont Winnipeg on Monday, May 30, 2016. (DAN HARPER / TOURISM WINNIPEG)

The best in Winnipeg’s tourism industry were honoured Monday at the 2016 Winnipeg Tourism Awards of Distinction.

Eleven awards were handed out to recognize the work in promoting the city to the world.

“Winnipeg has come a long way in five years with so many exciting new developments, attractions, and innovation,” said Dayna Spiring, president and CEO of Economic Development Winnipeg Inc.

“The awards are a chance to thank people in the industry for raising the bar of excellence and to encourage them to keep the momentum going as we work together to grow our economy.”