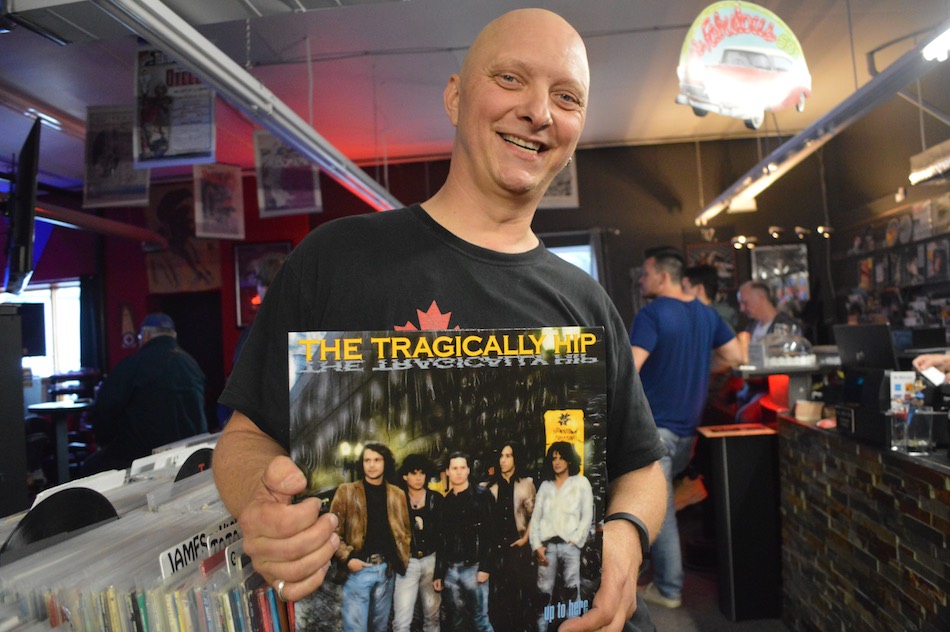 But also because he knows what it’s like to be diagnosed with terminal cancer.

Darren Sawchuk is the lead singer of Winnipeg band 59 Divide, a Tragically Hip cover band that has played the iconic Canadian band’s songs on stages all over Manitoba for the last 10 years.

For Sawchuk his love of The Tragically Hip is because of their music, but also because of Downie’s words.

Sawchuk was diagnosed with a soft tissue sarcoma in his leg in September, and he had surgery to have it removed.

In March he got the news the cancer had spread to his lungs and lymph nodes.

“So I’ve been going through chemo, and the doctor has given me a dire diagnosis. The doctor said it’s not curable.”

Canadians woke up last Tuesday morning to the shocking news that The Tragically Hip singer Gord Downie has what doctors are calling incurable brain cancer, and the news immediately hit close to home for Sawchuk.

He also could not help but think of the strange irony of how his situation is now similiar to Downie’s. 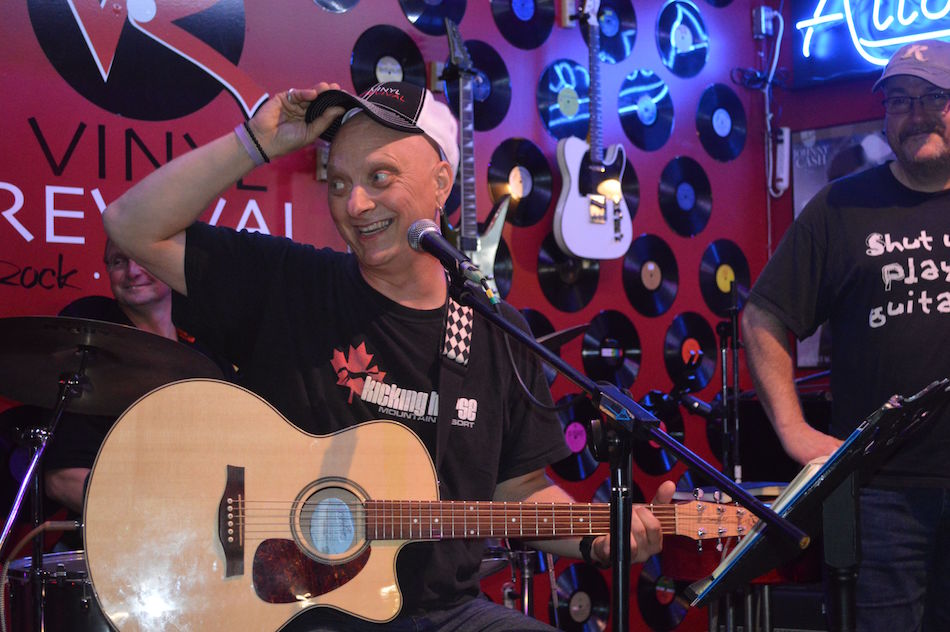 Tragically Hip cover singer Darren Sawchuk, who has been diagnosed with terminal cancer tips his hat to the crowd at Vinyl Revival after singing three Hip songs on Wednesday night. (DAVE BAXTER / CHRISD.CA)

“It’s a terrible irony. He’s 52 and I’ll soon be 51, I’ve been playing his songs for years, and now we have both been given a dire diagnosis,” he said.

Sawchuk who is engaged and has two kids, said he immediately thought about how a cancer diagnosis will affect all the people that surround Downie.

“His wife is going through it, and his kids and family and friends are. It’s a diagnosis for him, and for his family and anyone around him.

Sawchuk watched his friends and family grieve when he got his diagnosis, but he said “Canada grieved” when the country heard the news about Downie.

“People were immediately grieving his diagnosis, but to a much larger scale many were grieving for somebody they had never met.

“I hope now he has an appreciation for the impact he has had.”

The Tragically Hip plan to go on one final tour this summer to play for their adoring fans, and just like Downie and the Hip, Sawchuk plans to continue to do what he loves.

Soon after his diagnosis in September, Sawchuk, who has worked for years as a criminal lawyer, opened Vinyl Revival on McGillivray Boulevard in Winnipeg.

The business sells vinyl records and CD’s, offers music lessons, and has a lounge area with a stage where anyone can get on stage and perform during regular open mic nights.

He is also recording an album, and continues to perform Hip songs both with his band, and during open mic nights at Vinyl Revival.

“I don’t have that much time left according to the doctors, so I think it’s important that I continue living.”

Sawchuk got on stage at Vinyl Revival and played three Tragically Hip songs on Wednesday night, starting with Wheat Kings, which he said is his favourite song by the band.

He talked to the crowd about both his and Downie’s diagnosis.

“When Gord Downie’s announcement came it hit me pretty hard. It is potentially dire for him as it is for me, but he’s going on tour, so I’m going to have my own little tour on a much smaller scale,” Sawchuk said to a rousing applause from the audience.

Going on tour is what Sawchuk believes will be the best thing for Downie and for the band.

“As a band they have decided to continue living, so going on tour is the healthiest thing they could do,” he said.

“While you are on this earth you have to keep living and be who you are.”

He added when it comes to a cancer diagnosis “there is no dress rehearsal, this is our life,” quoting the 1996 Tragically Hip song Ahead by a Century.

“Those are Gord’s words, but they ring true for me,” he said.

The Tragically Hip have announced they will play MTS Centre on August 5 as part of their final tour.

Tickets for the show go on sale to the general public Friday morning at 10 a.m.