Arrests Made in Brutal Attack of Woman at Brandon Bar 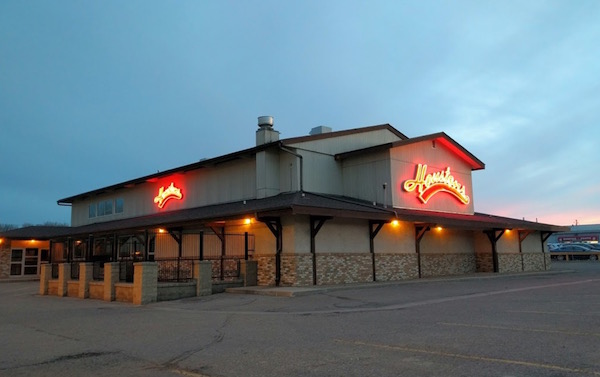 Two men have been arrested and charged after a brutal attack on a 22-year-old woman at a Brandon bar on April 3.

Nicole Fayant, 22, and her fiancee, Desiree Fisher, 24, were celebrating Fisher’s last day of work at Houston’s Country Roadhouse when the assault happened.

Fayant was knocked to the ground and left unconscious on the dance floor when she tried to intervene after three men tried to grab Fisher.

She also suffered a broken jaw as a result of the confrontation.

Surveillance video from the bar, combined with witness accounts, was helpful to police in tracking down two of the three suspects.

A 24-year-old man and 22-year-old man, both from Brandon, face aggravated assault charges. They were released on Friday and will appear in court in August. They must abstain from alcohol and not attend any licensed premises as part of their undertaking.

A third man is expected to be arrested in the next few days, police say.