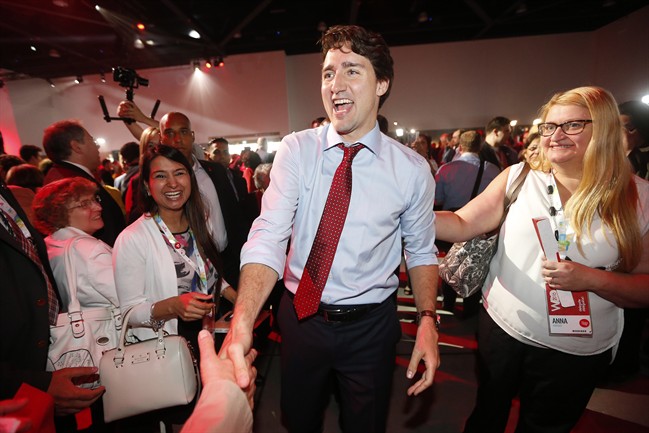 Prime Minister Justin Trudeau is in Winnipeg today as the second day of the Federation of Canadian Municipalities’ 2016 Annual Conference and Tradeshow gets underway.

Trudeau will meet with Winnipeg Mayor Brian Bowman at 8 a.m. for a photo-op at the RBC Convention Centre before delivering remarks at the conference at 9 a.m.

The prime minister will then hold media availability later in the morning before he appears live on the Aboriginal Peoples Television Network (APTN) at 11:30 a.m.

He will later meet with Manitoba Premier Brian Pallister at 2:30 p.m.

More than 1,500 municipal leaders are in Winnipeg for the conference, which runs until Sunday.

Trudeau was just in Winnipeg last week to attend the Liberal Party of Canada’s national convention. Late Thursday, he appeared at the Winnipeg Free Press News Café before dining at the Cibo Waterfront Café.

← Previous: Rowing Club Opening Its Doors on Saturday Next: Dancing in the Streets: RWB Takes It Outside →
Tags: Justin Trudeau | Liberal Party | Winnipeg