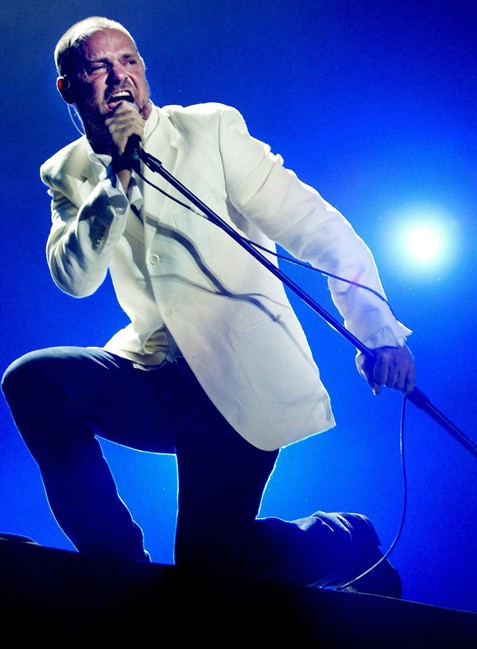 Gord Downie of the Tragically Hip sings during the band’s performance at the Concert for Toronto at the Skydome in Toronto on June 21, 2003. (THE CANADIAN PRESS/Kevin Frayer)

WINNIPEG — Tragically Hip fans across the country are crying foul after tickets to the band’s upcoming concerts sold out in seconds.

When the public sale went live at 10 a.m. local time Friday, many on social media reported that tickets were immediately unavailable.

Most tickets to the show at Winnipeg’s MTS Centre on August 5 were snapped up during a fan club and American Express pre-sale earlier in the week, leaving only a handful available for public purchase. Take into account seats blocked off for promoters, such as radio stations and other contesting, and scoring a seat to see Gord Downie was nearly impossible.

Disappointed fans criticized ticket resellers, such as StubHub, for scooping up the majority of seats and hoping to capitalize on the show.

The tour is expected to be the band’s last given lead singer Downie’s recent incurable brain cancer diagnosis.