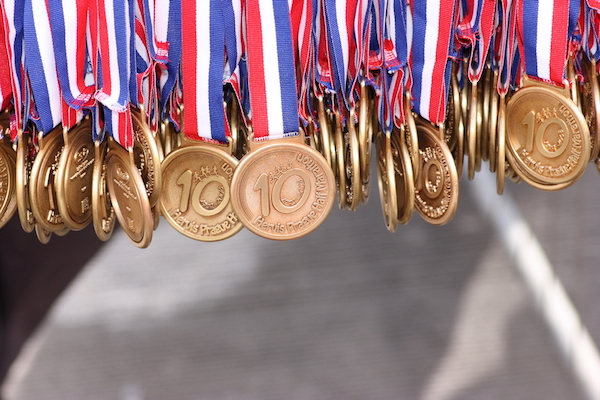 NEEPAWA, Man. — In the last year, a couple of pro football players have been in the news, for their parenting tactics, of all things. It started nine months ago with Pittsburgh Steelers linebacker James Harrison’s post on Instagram, in which he explained that he returned trophies given to his sons, because they were participation awards. On May 11, Harrison’s teammate, DeAngelo Williams, posted a photo of his daughter with three ribbons. In the post, he explained, “I took her Field Day participation ribbon & gave it back to her teacher… then in the next event she got 1st place.”

While on one hand, children’s sports are moving towards equality and no score keeping, there is a growing push from parents who want their children to be rewarded only with trophies they earn. They hope this experience will better prepare them for adulthood and world of winners and losers and no participation awards.

There is a growing argument that children should learn this at a young age, when failure carries little in the way of repercussions. To this end, there’s a growing body of study looking at the idea of “grit” and how to teach people the unquantifiable character traits that will help them succeed in life.

As a society, we seem to have forgotten the importance that failure plays as a building block to success. No one likes to fail, but new research is pointing to the importance of that experience.

Last month, Angela Duckworth, a psychology professor at the University of Pennsylvania, published a book called “Grit.” Duckworth’s work has focused on the role that grit, defined as perseverance and the exclusive pursuit of a single passion, plays in success. It turns out that measuring someone’s level of grit can have a strong ability to predict future success.

Some of Duckworth’s work took place at the United States Military Academy at West Point, which has spent years trying to determine which students will stick through the gruelling first seven weeks of training. It turns out that SAT scores, high school averages and physical fitness levels aren’t a reliable indicator of the likelihood they will complete the program.

In 2004, Duckworth, then a doctoral student, administered a test to the students on their second day. The students were presented with 12 questions with statements such as “I finish whatever I begin” and ranked them on a scale, from “not at all like me” to “very much like me.” It turned out that of 1,218 cadets who wrote the test, the 71 students who quit the program had similar test scores to their peers in every area, except for this one.

Duckworth’s work, which aimed to find a way of getting students to persevere a little bit longer when facing problems that were outside their skill set, began by talking to people who were successful. What she found was that the distinguishing feature of these successful people was how they handled feelings of frustration, disappointment and boredom. These high performers didn’t cut their losses and change to an easier task, they recognized that a struggle wasn’t a cause for alarm.

Subsequently, she has focused her work on changing how we view failure, most people keep their failures private. It’s not surprising– while people say that they think effort is more important than talent and prefer industriousness to intelligence in a new employee, the reality paints a different picture. Research by Chia-Jung Tsay of University College London found that when faced with two options, people prefer those with whose are considered “naturals” to those who are considered “strivers”. We still instinctively prefer those who haven’t failed, something that hasn’t changed in the 500 years since Michelangelo said, “If people knew how hard I had to work to gain my mastery, it would not seem so wonderful at all.”

No one likes to fail, or watch others struggle, but maybe it’s time to teach failure. The world is fraught with struggles and challenges, we need to know how to pick ourselves up and look at our failures in a constructive way. In this area, no one is a natural.