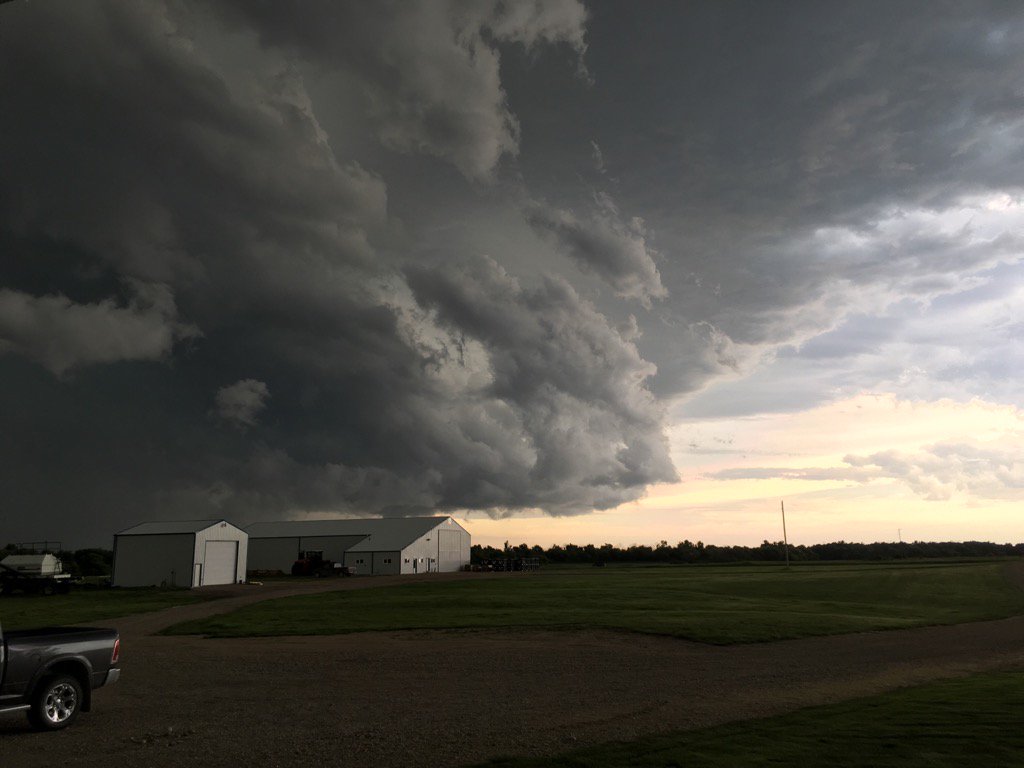 A tornado warning was issued for areas of Western Manitoba on Thursday evening. This photo shows the system near Reston. (ANDREA GUTHRIE / TWITTER)

Environment Canada issued a brief tornado warning for the RM of Wallace, including Virden, Elkhorn and Kenton, Manitoba on Thursday evening.

The warning was issued at 5:59 p.m. and later downgraded to a severe thunderstorm warning by 6:18 p.m.

This line of thunderstorms extends from Tilston northeast to Oakburn and is tracking slowly east.

Storm spotters have reported quarter to loonie size hail near between Fleming and Kirkella.

Radar indicates that between 50 mm and 60 mm of rain have fallen in the northern end of the line of thunderstorms between Beulah and Shoal lake.