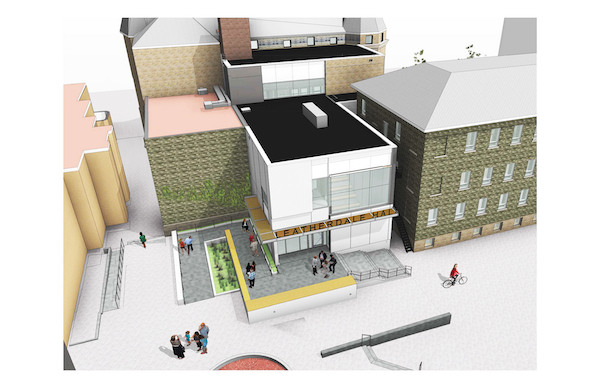 An artist’s rendering of the future Leatherdale Hall at the University of Winnipeg. (BRIDGMAN COLLABORATIVE ARCHITECTURE) 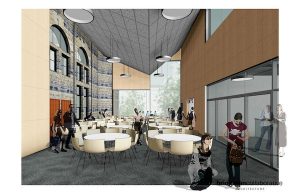 WINNIPEG — Shovels are in the ground on a new addition to the University of Winnipeg’s Wesley Hall.

The $4.75 million Leatherdale Hall will be a new flexible multi-use space can seat 150 people and be converted to a lecture hall, reception area and break-out room for conferences.

The building is named after the late Dr. Douglas W. Leatherdale, who graduated from United College in 1957 (which became the University of Winnipeg in 1967).

He and his wife, Louise, are longtime donors to both UWinnipeg and the Collegiate on campus.

“Leatherdale Hall is about connecting and creating people spaces, both for students and the broader community,” said Dr. Annette Trimbee, president and vice-chancellor, UWinnipeg.

“It is a lasting legacy that reflects the Leatherdale family commitment to education and providing opportunities for our next generation of leaders.”

Construction is expected to be completed by early 2017.