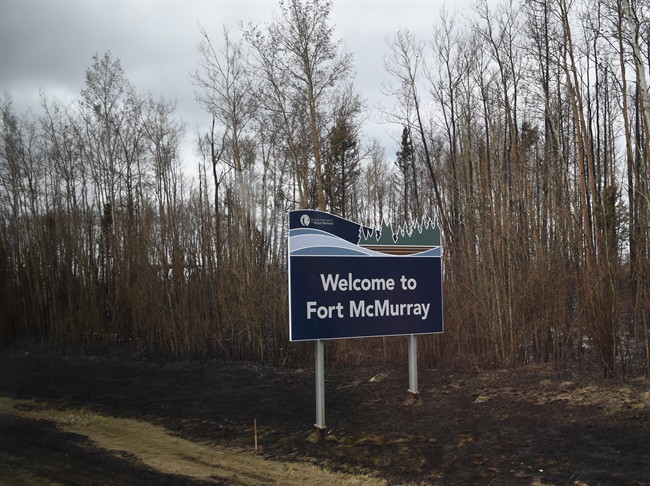 Burned ground surrounds a sign welcoming visitors to Fort McMurray during a media tour of the fire-damaged Alberta city on Monday, May 9, 2016. (THE CANADIAN PRESS/Ryan Remiorz)

A huge wildfire last month in northeastern Alberta torched about 2,400 homes and other buildings and forced more than 80,000 people to flee.

Holmes, who is also a contractor, says he and a team of builders are to meet with officials on June 24 in the city and visit some of the damaged neighbourhoods.

About half the evacuees have moved back to the community since June 1.

Holmes revealed his plans on social media and was not immediately available for comment.

The Regional Municipality of Wood Buffalo, which includes Fort McMurray, says it is aware of his intention to visit, but there are no details available yet.