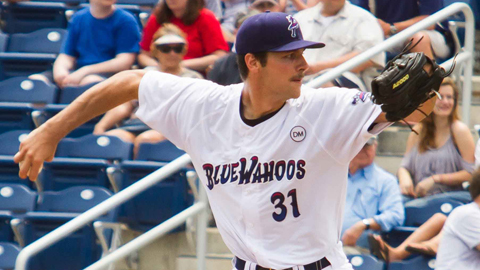 The Winnipeg Goldeyes have signed right-handed Canadian pitcher Kyle Lotzkar to their roster.

The Delta, B.C. native was drafted in the first round (53rd overall) by the Cincinnati Reds in 2007 and attended Major League spring training with the Reds in both 2012 and 2013.

In separate transactions, the Goldeyes have claimed left-handed pitchers Ethan Carnes and Bennett Parry off waivers from the Texas AirHogs and Lincoln Saltdogs respectively.