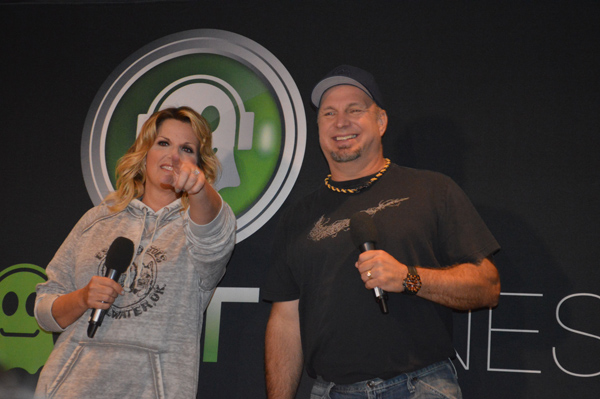 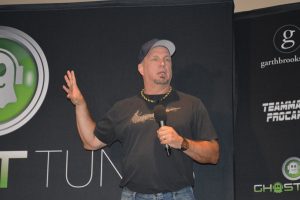 WINNIPEG — Garth Brooks had something he wanted to tell the crowd at MTS Centre in Winnipeg on Friday night, but as soon as he got on stage he realized he didn’t have to.

“Last night was kind of a cloud for me,” Brooks said, while speaking about his Friday night show at the MTS Centre to media on Saturday afternoon in Winnipeg.

“But people were really sweet and lifted that cloud for me. I’m still not really too sure if I was all here last night, but I thought the crowd was all here.”

“Yesterday was the funeral service for the guy that kind of is the heartbeat of Garth Brooks’ music,” Brooks said.

“He’s been on every record we’d ever done.”

Chapman passed away from cancer on June 13, and Brooks was ready to tell the crowd in Winnipeg on Friday that he needed “a lift.”

“I was going to tell them the situation and ask them to lift me, but holy cow as soon as I came out of the hole these people were there, and they were ready.”

He said he didn’t say anything until he performed The Dance, which was also played at Chapman’s funeral that afternoon.

“I didn’t need to,” he said. “These people somehow knew, or maybe this is what they always do.”

Brooks held back tears while performing The Dance Friday night in Winnipeg.

“We said we were going to go to the concert because we need to laugh and we need to heal,” Yearwood said. “It was performing, but it was also like being a participant and being at a show, because I was uplifted. It was really great for me.”

Friday’s show saw Brooks and Yearwood perform for a full house in Winnipeg, and they will play three more shows this weekend with two on Saturday and one on Sunday.

With Friday’s funeral now a day behind Brooks, he said he hopes for the “cloud to lift,” and he’s hoping for a fun night in Winnipeg on Saturday.

“It’s Saturday night tonight, and trust me this is going to be stupid,” he said.

He also joked that he knows that by the second show some in the crowd could be feeling pretty good.

“On a two-show night the second show is a little more hydrated,” Brooks said with a grin.

Brooks will play two shows at MTS Centre Saturday night and one show on Sunday, and

Over the weekend he is expected to play for a total crowd of about 60,000, the largest crowd ever for one performer at MTS Centre.