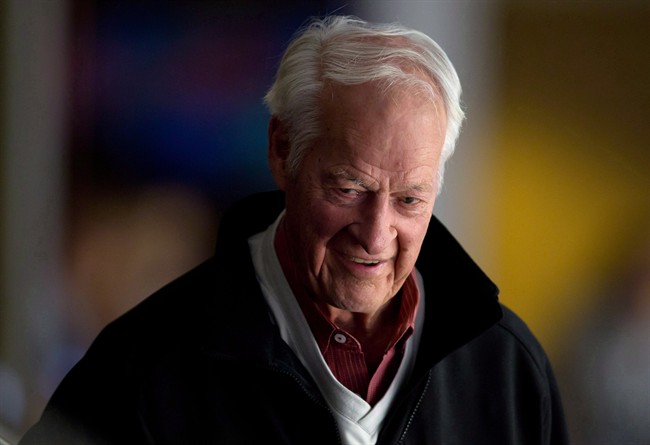 My first memory of Gordie Howe goes back to the 1950’s, when there were six NHL teams, and we only got to watch two periods on Saturday night, on a tiny black and white screen. Neither my older brother nor I cheered for the Leafs or the Habs. When we played board hockey, he always had to be Chicago, and I was Detroit.

I liked the uniforms the Red Wings wore, and they had Gordie.

It was many years later before I learned anything about his humble childhood on the edge of Saskatoon, how he shared a pair of skates with his sister after their mom came home with a box of junk that nobody wanted, even in the depths of the Great Depression. The man who came to be known as Mr. Hockey had a start in the game that was light years away from the pampered nurturing that today’s top draft picks like Connor McDavid enjoy.

Luckily, Gordie was a big strong kid, and early on he learned some very useful skills, particularly with those famous elbows when the striped shirt wasn’t looking.

I got to interview Mr. Hockey a couple of times. The most memorable was in 1993 when I was hosting the CJOB morning show in Winnipeg. His wife Colleen was with him, and they were supporting a charity on behalf of Zellers. Before the red light went off, Gordie made sure he said to me, “Do you like what I’m wearing? Every item came from Zellers.” I couldn’t help but think how sad that was, and what a rotten criminal Alan Eagleson was for stealing from the pension fund that should have allowed guys like Gordie to relax a little more in their golden years.

Gordie Howe was a great husband, a wonderful father and grandfather, and a true Canadian hero. Think good thoughts about him in a few years when you drive across the Gordie Howe Bridge that will connect Detroit and Windsor.