Future of the Family Farm 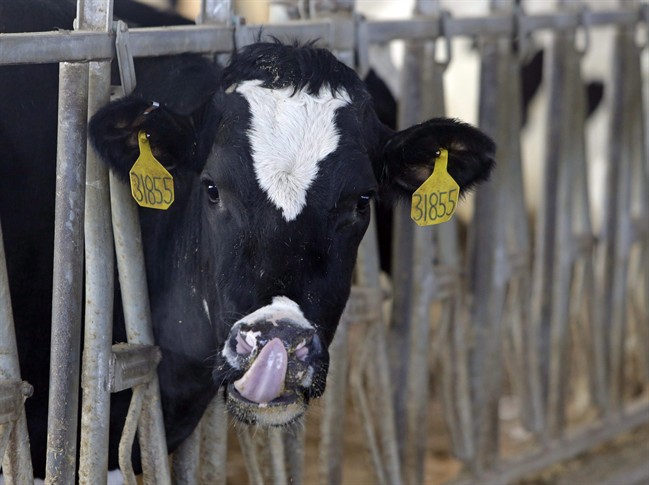 A cow stands in one of the dairy barns on the Fair Oaks Farms in Fair Oaks, Ind., in this Monday, Jan. 26, 2015 file photo. (THE CANADIAN PRESS/AP/Michael Conroy)

NEEPAWA, Man. — According to the Canadian Federation of Agriculture (CFA), over $50 billion in farm assets are set to change hands over the next 10 years. Canada’s farm population is ageing and there will be a huge change in the country’s agricultural landscape as these ageing farmers sell their farms and retire.

For many operators looking to cut back or retire, the ideal solution is to pass their operation on to a child or grandchild. The problem is that many farmers, like other small business owners, face additional costs and financial barriers when they seek to transfer their farms to family members.

A federal private member’s bill aims to make this process less costly. On May 19, Guy Caron, an NDP MP from the Quebec riding of Rimouski-Neigette-Témiscouata-Les Basques, introduced the bill, which would amend the Income Tax Act so that under certain conditions, the transfer of shares in a family farm or fishing corporation by a taxpayer, to the taxpayer’s child or grandchild who is 18 years of age or older, would be excluded from the anti-avoidance rule of section 84.?1 of the act.

Section 84.1 deals with related party purchases and was enacted to stop corporations from using these as a tax avoidance scheme. In effect, this section requires that a capital gain be classed as a dividend when a person disposes their shares for cash to a non-arms’ length company and when the companies remains connected after the transaction.

The problem is that it has created additional tax costs when retiring business owners, including farmers, want to pass their businesses to their children. In effect, it makes it much more expensive to sell to a child than a stranger.

In introducing the bill, Caron said, “My bill would end a blatantly unfair situation that puts business people, farmers and fishing vessel operators at a disadvantage when they want to pass their business on to a child rather than a stranger. The difference is a big one. For a million-dollar business, the difference can be around $200,000 from a taxation perspective. For a $10-million farm, we are talking $2.2 million less [in tax costs] if the owner sells it to a stranger rather than a family member.”

To overcome the possibility to tax avoidance, in Caron’s proposed bill, the purchaser must own the farm for at least five years.

The bill had gained the support of not just the CFA, but also the Canadian Federation of Independent Business, Union des Producteurs Agricoles du Quebec and Montreal Chamber of Commerce.

Nothing in business is guaranteed, but selling a farm to a family member, someone who is familiar with the land, the operations and the business’ unique challenges, should result in a higher level of productivity and profitability. The added benefits of being able to retain the knowledge of multiple generations is something we should be striving to achieve, not discouraging.

The time to act on this is now, before the large scale transfer of farm assets takes place.

Small businesses, which includes farms, are a vital part of our industry and account for approximately half of the country’s GDP. In a country that isn’t known for its entrepreneurial spirit and an industry in which young people face many barriers to entry, it’s time to make it easier for young farmers to carry on their family’s tradition, not harder.