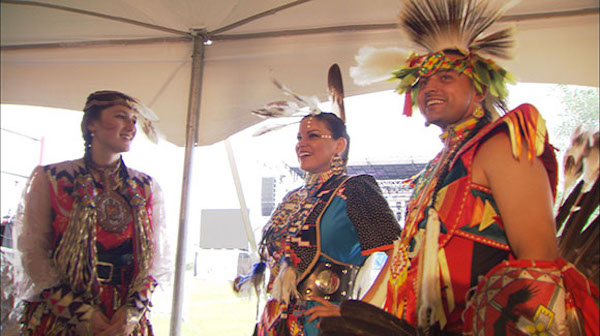 Elder Carol Moar led a smudge and prayer ceremony, along with an honour song by Wayne Ruby Jr..

Over at The Forks, a Founding Nations Pow Wow was held under the canopy.

The day is a lead up to the big event on Saturday, June 25 with APTN Aboriginal Day Live from 11 a.m. to 11 p.m. A complete schedule of events is listed at aboriginaldaylive.ca.