Public Safety Building Closing to the Public on Wednesday 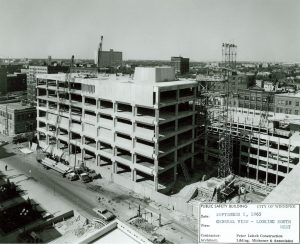 The Public Safety Building under construction in 1965. (WPS / HANDOUT)

The Public Safety Building will shut its doors for the final time to the public on Wednesday, June 22 now that the majority of the Winnipeg Police Service has moved into their new headquarters blocks away.

More than 1,300 members were moved into HQ from facilities across the city over the past seven months.

The PSB will officially close at 7 a.m. Officers will remain at the building until that time.

An official PSB farewell ceremony and HQ ribbon-cutting ceremony will be held on July 5.