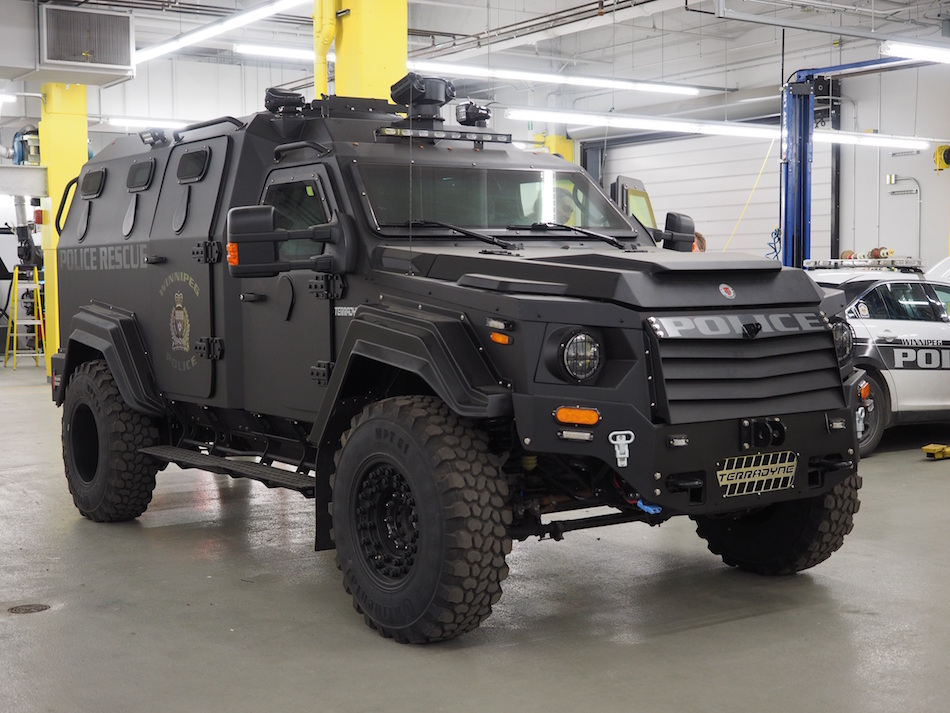 The Gurkha armoured vehicle, from Terradyne Armoured Vehicles in Ontario, is known as ARV1. (WPS / HANDOUT)

Winnipeg police have a new four-wheel tool to use in high-risk, emergency incidents.

The $343,000 armoured rescue vehicle, known as ARV1, was unveiled Wednesday at Assiniboine Park.

“The safety of the public and the well-being of our officers is something the Winnipeg Police Service takes very seriously. This vehicle will give us an advantage in diffusing dangerous situations in the safest way possible,” said Deputy Chief Gord Perrier.

ARV1 is blast proof and bullet proof, weighing in at 15,000 lbs. A similar vehicle is used by police forces in Toronto, Calgary, the Ontario cities of Peel and Hamilton.

Training with the ARV1 is already underway and the public may see the vehicle roaming city streets. It will become fully operational by July 1.