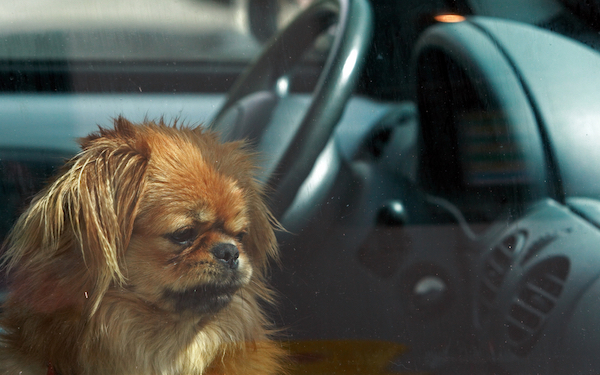 (Dog in car image via Shutterstock)

The Winnipeg Humane Society wants the public to take a step back when it comes to rescuing animals trapped in hot vehicles.

The WHS says it has seen a spike in calls where members of the public have been attempting to break windows to enter a vehicle and rescue an animal.

Two incidents in the past week has prompted the animal shelter to encourage concerned citizens to call authorities before attempting vigilante justice, which they say only hinders, not helps, animals left in hot vehicles.

“Unless the animal is unresponsive breaking into a vehicle and releasing an animal might help short-term, but people who do this can set the animal up to be in the same situation again,” said WHS CEO Javier Schwersensky.

“We want these animals removed from hot cars as quickly as possible, but it must be done legally. It’s the only way we can make sure negligent owners receive punishment.”

The WHS says pet owners who leave animals in hot vehicles cannot be fined in court if the window is broken and the animal has been removed without proof that it was in danger. The rules fall under the Animal Care Act of Manitoba, requiring concrete evidence an animal was in distress.

Warning signs for heat stroke in a dog can be found on the WHS website.

If you see an animal trapped inside a hot vehicle