U of M President’s Term Extended to 2020 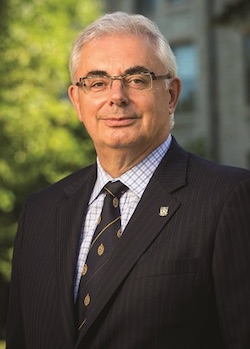 The term of University of Manitoba president and vice-chancellor David Barnard has been extended by another two years.

Barnard will serve in his current role through June 30, 2020.

The U of M’s Board of Governors approved the extension during a meeting on Wednesday.

Barnard has served as the university’s president since July 1, 2008, where he was originally signed to a five-year term. He was reappointed for a second five-year term in 2013. This extension will bring the length of his presidency to 12 years.