Secret Ballot the Only Way 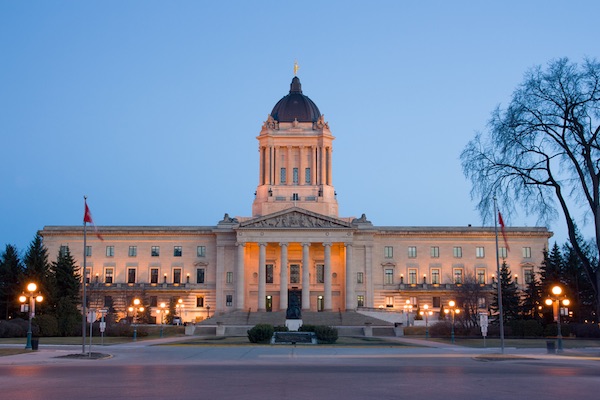 NEEPAWA, Man. — Jeering calls came from the crowd and the speaker threatened to clear the gallery, such was the atmosphere last Wednesday in the provincial legislature. On June 15, Cliff Cullen, Minister of Growth, Enterprise and Trade, introduced Bill 7, the Labour Relations Amendment Act, which will change the process by which workplaces become unionized.

Under the proposed legislation, there will be no more automatic certification — if 40 percent or more of a unit’s employees wish to have the union represent them, the MLB will conduct a vote by secret ballot. The current legislation doesn’t specify that a vote to certify a union must be done by secret ballot.

When the bill was introduced, reports indicated that the gallery, which according to Legislature rules must stay silent, erupted into shouts. As demonstrators wearing predominantly Unifor shirts left, they could be heard to say, “This bill ends labour peace in Manitoba,” “Shame. Shame on the Conservative government” and “Respect is a two-way street: Not given. Not given back.”

Unifor, which was formed by the merger of the Canadian Auto Workers union (CAW) and the Communications, Energy and Paperworkers Union of Canada (CEP), has been the most vocal opponent to the bill. With more than 300,000 members, it’s Canada’s largest private sector union. They say that requiring a vote, instead of automatic certification at 65 percent, gives employers more time to threaten workers with business closures and layoffs, in order to coerce them to vote against unionization. Jerry Dias, Unifor’s National president, said, “Bill 7 was designed to keep Manitoba’s most vulnerable workers poor and powerless.”

Many point to the flip side, saying that a co-worker, and possibly friend, pushing a union card in a worker’s face is also threatening. Following the introduction of the bill, Premier Brian Pallister was quoted by the Winnipeg Free Press as saying, about the disturbance, “I think it provides evidence of the types of tactics that are used (in organizing workplaces)… Sometimes tactics are used to influence the outcomes of votes that I don’t think are acceptable in society.”

It’s easy to see why Unifor wants to make certification as easy as possible. According to Statistics Canada figures, union membership in the province has been steadily declining. In 2010, 37.5 percent of Manitoba workers were covered by a union. In 2014, that number had fallen to 35.8. It’s not a huge decline, but it’s part of a trend that began at least three decades ago. Underlying this is that most of the decline in membership has been driven by falling rates of unionization among private sector workers.

The NDP has, unsurprisingly, sided with the unions, but the majority of Manitobans seem to be on government’s side. According to a public opinion poll conducted on behalf of the Canadian Federation of Independent Business, 71 percent of Manitobans believe that workers should have the right to a secret ballot vote as part of the union certification process.