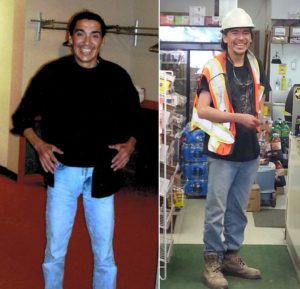 Two people have been charged with second-degree murder in the death of David Sanderson.

The 50-year-old was beaten before being found inside a home in the 300 block of Aberdeen Avenue that was set ablaze on June 22.

Sanderson was taken to hospital in critical condition and later died from his injuries.

Winnipeg police say results of an autopsy showed he was assaulted prior to the fire being set.

Billy-Joe Linklater, 21, and Lorie Knott, 21, were arrested on Friday. Both also face charges or arson and disregard for human life. Linklater was also charged with failing to comply with a probation order.

Both remain in custody.