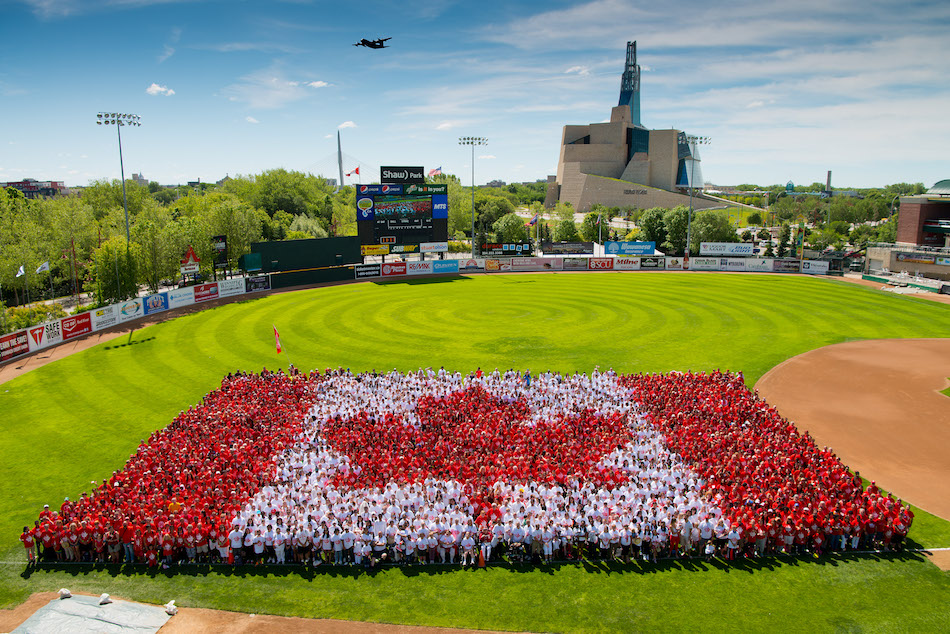 Winnipeggers assembled by the masses on Friday to form the country’s largest Canada Day living flag.

The Downtown Winnipeg BIZ says more than 3,158 people gathered at Shaw Park decked out in red and white to form the flag.

“Canada Day is all about celebrating our love for our country, and appreciating the values that bind us together as a nation,” said Stefano Grande, CEO of the Downtown Winnipeg BIZ.

“The largest Canada Day Living Flag competition brings folks together in a positive way for our country, city and downtown.”

More than 18,000 Winnipeggers have gathered each Canada Day to form the flag in different locations since the inaugural event in 2011.