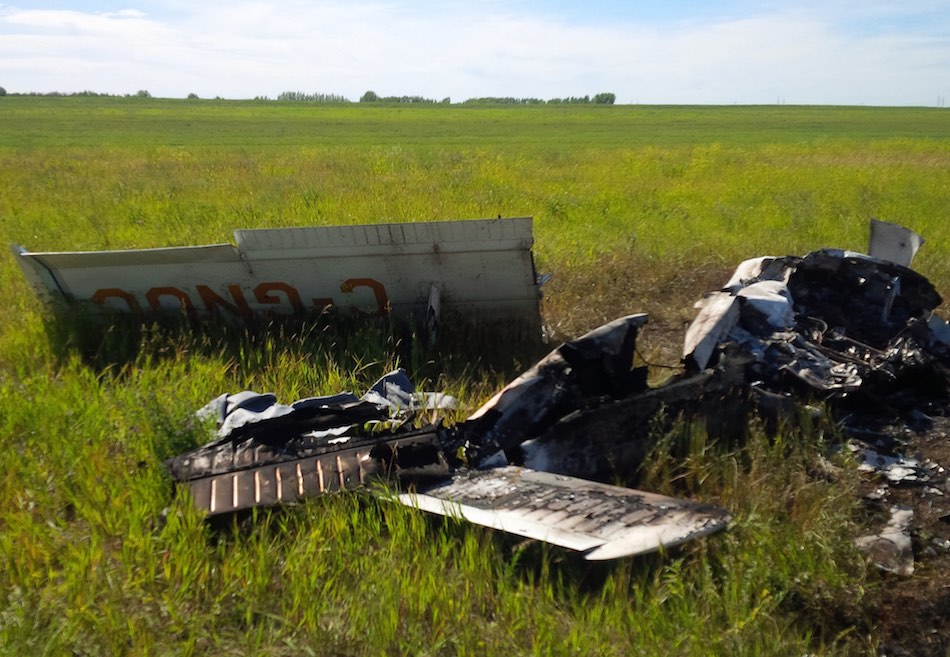 Two Canadian Armed Forces members were killed when a small plane crash in the RM of Springfield east of Winnipeg on Friday, July 1, 2016. (TSB / FLICKR)

Two people killed in a small plane crash on the outskirts of Winnipeg on Canada Day were officers of the Canadian Armed Forces.

Captain Bradley Ashcroft and Captain Zachary Cloutier-Gill were killed when the Piper PA-28 they were in crashed near Deacon’s Corner south of Dugald Road shortly after 10 a.m. on Friday.

“This is a sad day for the Royal Canadian Air Force and the Canadian Armed Forces,” said Major-General Christian Drouin.

“We have lost two members of our military family who served their country well. Our thoughts and prayers are with their families, friends and loved ones, whom we are working to support in the wake of this tragedy.”

Capt. Ashcroft served in the Canadian Armed Forces (CAF) for over nine years. He was a member of the Construction Engineering Branch and was recently posted to 1 CAD/CANR HQ in Winnipeg.

Capt. Cloutier-Gill served for nearly 12 years and was an Air Combat Systems Officer. He was part of the Air Mobility section at 1 CAD/CANR HQ.

Both men were in a private, non-military aircraft at the time and were not on duty.

The cause of the crash is unknown and the Transportation Safety Board is currently investigating.