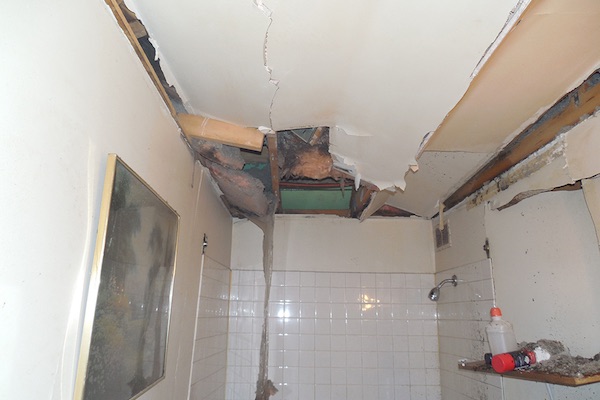 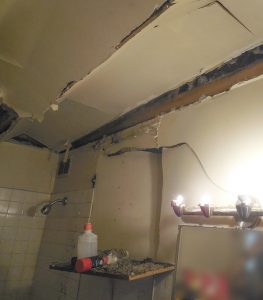 The aftermath of an explosion inside a Selkirk home on Sunday caused by an illegal drug production. (RCMP HANDOUT)

An illegal drug production at a Selkirk home led to an explosion inside its bathroom, RCMP say.

Emergency crews were called to the 700 block of McLean Avenue at around 5 a.m. on Sunday for a house fire.

Police say an explosion in the bathroom severely burned two men, both from Selkirk. A 19-year-old man was taken to hospital by STARS air ambulance, while a 27-year-old man was transported by ground. Both are listed in stable condition.

A six-month-old infant and four other adults were in the home at the time and were not injured.

“Two men have significant burns to their bodies and a six-month-old child was placed in a very dangerous situation and is lucky to be uninjured,” said Sgt. Bert Paquet with Manitoba RCMP. “This is a tragic situation and a reminder of the serious risks involved in the production of illegal drugs. ”

Police are continuing with their investigation.