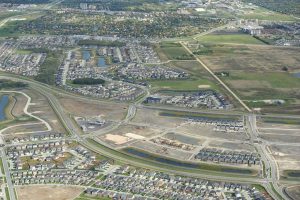 Hopewell Development has negotiated leases with several tenants to occupy portions of the 118,000 sq. ft. of space on North Town Road.

A Scotiabank is already under construction just north of Red River Co-op.

The developer also says a veterinarian clinic, dental office, and medical facility housing family doctors will be part of the plan.

Negotiations are still ongoing for potential tenants to bring a hair salon, pet store, a bistro/restaurant and a drugstore to Bridgwater.

Businesses will begin opening in late fall 2016 and continue into the spring/summer of 2017.