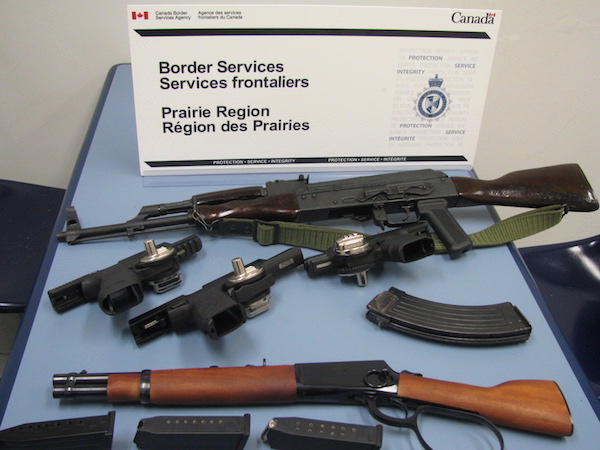 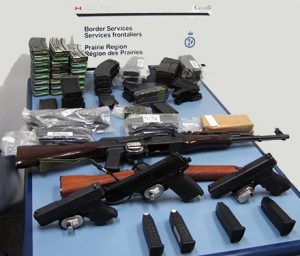 Canadian border agents in Manitoba were kept on their toes this spring, making a number of seizures involving weapons and drugs.

Since March, the Canadian Border Services Agency in southern Manitoba seized 36 prohibited weapons and firearms, and made 39 narcotic seizures.

A 21-year-old Manitoba man was handed a $500 fine on March 30 for attempting to smuggle three undeclared 30-round automatic rifle magazines.

On May 4, Emerson officers seized a loaded undeclared 380 semi-automatic handgun from a woman travelling to Alaska. Officers found the gun in a bag of clothing inside a trailer the woman was towing. The woman paid a $1,000 penalty and was also refused entry for previous convictions and returned to the U.S.

Air cargo screening officers in Winnipeg made six significant seizures of gamma-Butyrolactone, a known precursor drug for manufacturing the date rape drug. The drugs were found in liquid form in separate shipments in quantities of two (1 litre) bottles declared as clear liquid detergent. 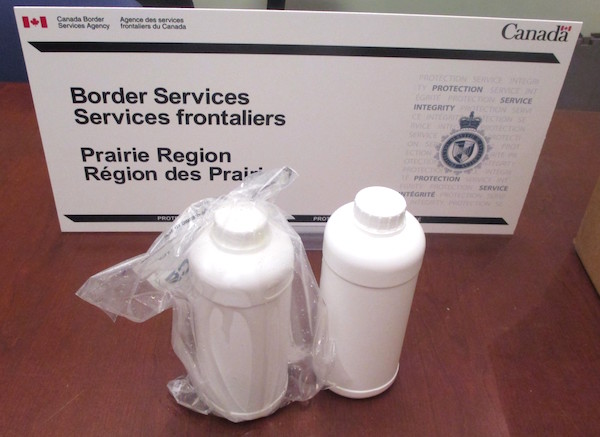 Gamma-Butyrolactone, a known precursor drug for manufacturing the date rape drug, was seized by air cargo officers in Winnipeg in April. (CBSA / HANDOUT)

Officers also seized four shipments of khat (Catha edulis), with over five kilograms in each shipment. One shipment was declared as an herbal product and the other as containing food and clothing.