Krispy Kreme Expanding to Canada After Failed Attempt Years Ago 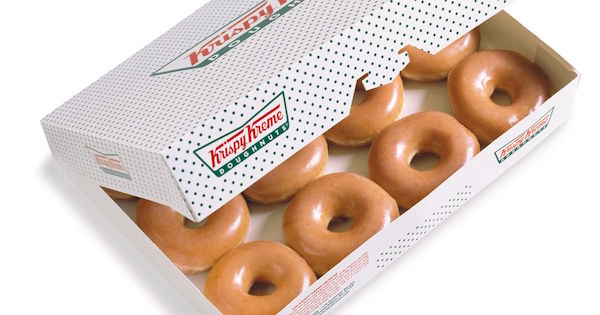 After a failed attempt at capturing the market north of the border in the early 2000s, Krispy Kreme has an ambitious plan to expand over the next five years.

The company will open up to 50 additional stores in Ontario and Quebec, where six outlets are already located, and then aims to expand to the rest of Canada.

Unlike previously-opened, factory-like stores, Krispy Kreme’s new concept for Canada includes smaller café-style shops. Each location will serve up specialty coffees, frozen drinks and a variety of baked goods, such as bagels and muffins. The smaller locations will be the most noticeable difference to customers, who may previously recall the large $3 million locations of the franchise’s past.

Only three of the original factory locations are still open: two in Quebec and one in Mississauga.

Fresh donuts will be delivered twice daily, and while they won’t be rolling off hot from the conveyer belt like customers may remember, you can request to have your treat warmed up in a ‘hot now oven.’

“We definitely want to continue to grow the brand,” said Chris Lindsay, co-CEO of Krispy Kreme in Canada, in an interview with the CBC.

A new Toronto location opened in June has been seeing a steady stream of customers ever since, wanting to try the sugary glazed treats.