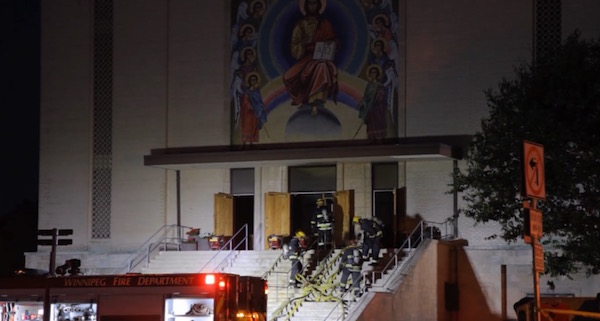 Damage is estimated at more than $1 million after a fire inside Winnipeg’s Holy Trinity Ukrainian Orthodox Metropolitan Cathedral.

Firefighters were called out shortly before 9:30 p.m. Thursday to the 1100 block of Main Street.

No one was injured in the blaze.

← Previous: Pan Am Pool to Close All Summer for Upgrades Next: Tickets Left for 'Slide the City' on Saturday →
Tags: Fire | Winnipeg Police