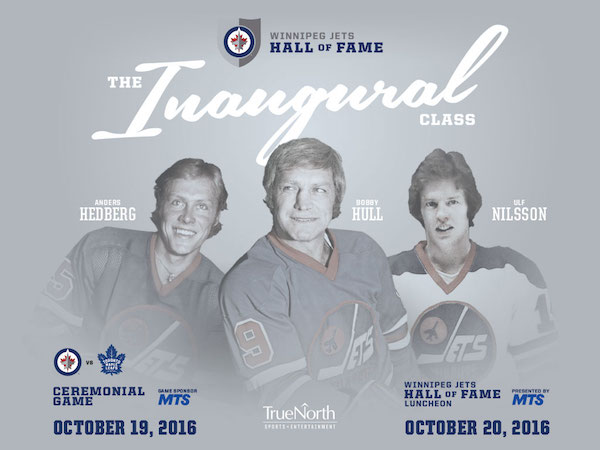 Anders Hedberg, Bobby Hull and Ulf Nilsson were members of the prolific ‘Hot Line’, which led the Winnipeg Jets to two World Hockey Association (WHA) championships in 1976 and 1978.

The three will be honoured in the inaugural Winnipeg Jets Hall of Fame induction ceremony on Wednesday, October 19 at MTS Centre when the Winnipeg Jets play the Toronto Maple Leafs.

“It was so fabulous playing here, but to be remembered and honoured, it is quite an accomplishment that I am thankful for,” Hull said.

“I have held my friendship with Anders and Ulf in such high esteem. Going back over the years when we played together, it was one of the happiest times of my life.”

The event will be hosted by Scott Oake with a keynote speech from Jets head coach Paul Maurice. Tickets are $72 each for a seat or $720 for a table of 10 and will be available for purchase in early August.