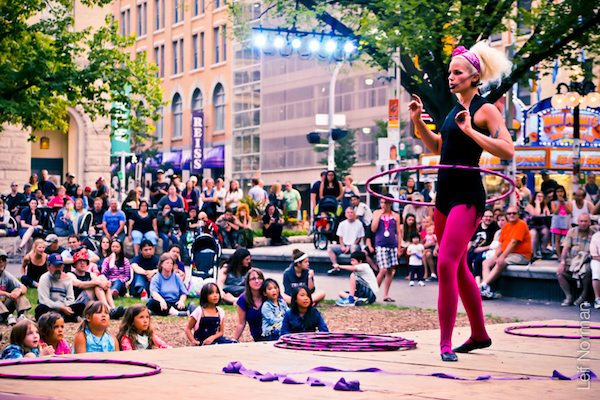 Organizers say the 29th annual festival drew a total of 98,020 people to 176 sold-out performances. Box offices revenues were $724,288, which was returned to the performing companies.

“Each year, we always hope for lots of sunshine so patrons can come out and not only take in some great shows, but enjoy all of the free outdoor entertainment we provide at Old Market Square,” said Chuck McEwen, the festival’s executive producer.

“We didn’t get as lucky with the weather this year, but it’s still encouraging to see that Fringers still came out to have fun and play – even in the rain.”

Next year’s Winnipeg Fringe Theatre Festival will run from July 19 to July 30, 2017.