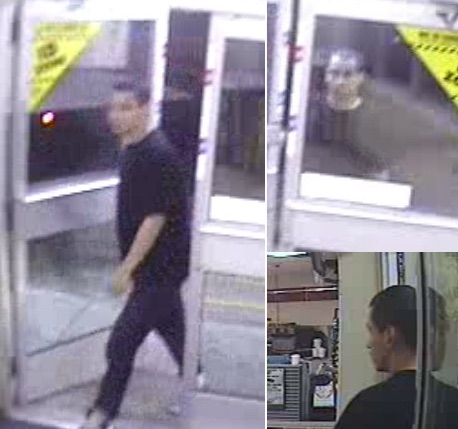 Police are looking for this man, believed to be responsible for two Winnipeg robberies this month. (WPS / HANDOUT)

Police are looking for a man believed to be responsible for two separate commercial Winnipeg robberies.

Police say the man entered a store brandishing a knife and demanded cigarettes. He made off with the items prior to police arriving on scene.

Police describe the man as aboriginal in appearance, between the ages of 20-25, 5’8″ to 5’10” in height, thin to medium build, short dark hair. The suspect had a tattoo on his right arm of a black outline of a cross approximately 13 centimetres in length.