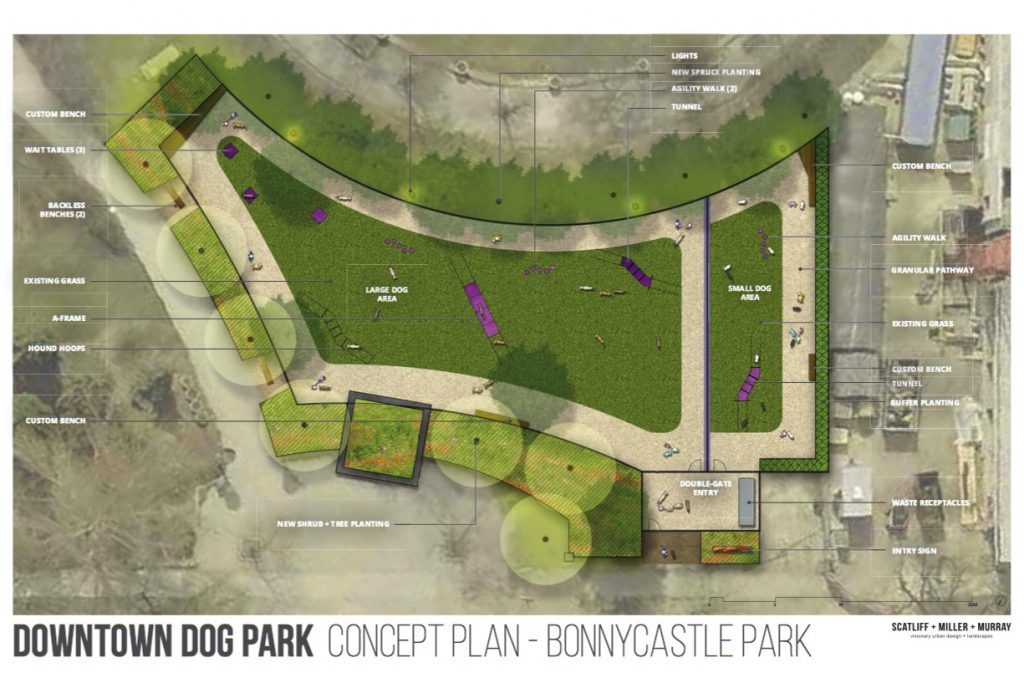 A rendering of the future Bonnycastle dog park in downtown Winnipeg. (CITY OF WINNIPEG)

A site has been chosen for Winnipeg’s first downtown off-leash dog park.

A portion of Bonnycastle Park on Assiniboine Avenue has been selected, with construction to begin by the end of September.

“It’s exciting to see the amenities in downtown Winnipeg beginning to take shape and resemble other areas of Winnipeg,” said Mayor Brian Bowman. “This is a major step towards that goal and the continued revitalization of our downtown.”

The new 0.15 hectare park will feature a perimeter fence along with an internal fence to separate small dogs from larger dogs.

It will also include agility elements, lights, signage, benches for humans, and waste receptacles.

The city says seven sites (below) in the downtown were considered for the dog park.

A contractor has yet to be chosen for the project, but construction is expected to take between three to four weeks.