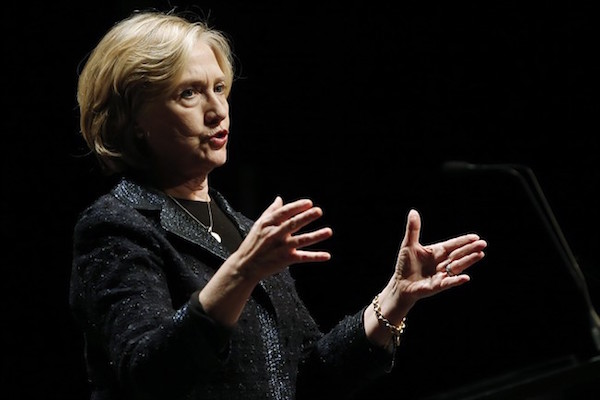 Timelines are an interesting way to track the progress of things in this world. The nomination of Hillary Clinton as the first woman to run for President of the United States under the banner of a major party has spawned a predictable reflection on similar developments in the past.

It was just over a hundred years ago that Canadian women, starting first in Manitoba, were given the right to vote. We have had a woman prime minister in this country, and right now there are three women premiers. With the nomination of Hillary, there do indeed seem to be serious cracks in that infamous glass ceiling. But a closer examination reveals that the overall progress is remarkably recent, especially when it comes to attitudes.

In 1995, Walmart put a T-shirt on sale that featured an image of Margaret from the “Dennis the Menace” comics declaring “Someday a Woman Will be President.” A Walmart in Miami quickly pulled the item from their shelves after one customer complained. Management apparently agreed that such a message, just 21 years ago, was out of step with family values.

Americans like to think of themselves as leading the way on such matters for the rest of the world, but women in Germany and the United Kingdom might be looking across the Atlantic and wondering, “What took you so long?”

Angela Merkel has been the German Chancellor since 2005, and she is without question the strongest leader in Europe. In Britain, Theresa May is the second woman to reside at 10 Downing Street in London. Two months ago, very few people outside of England had ever heard of her, and she became prime minister by being the last person standing for the job, after David Cameron fell on his sword over Brexit.

The next 100 days will be very interesting in the United States, and hopefully, the contest between Hillary and the other person will not be a debate about gender issues.