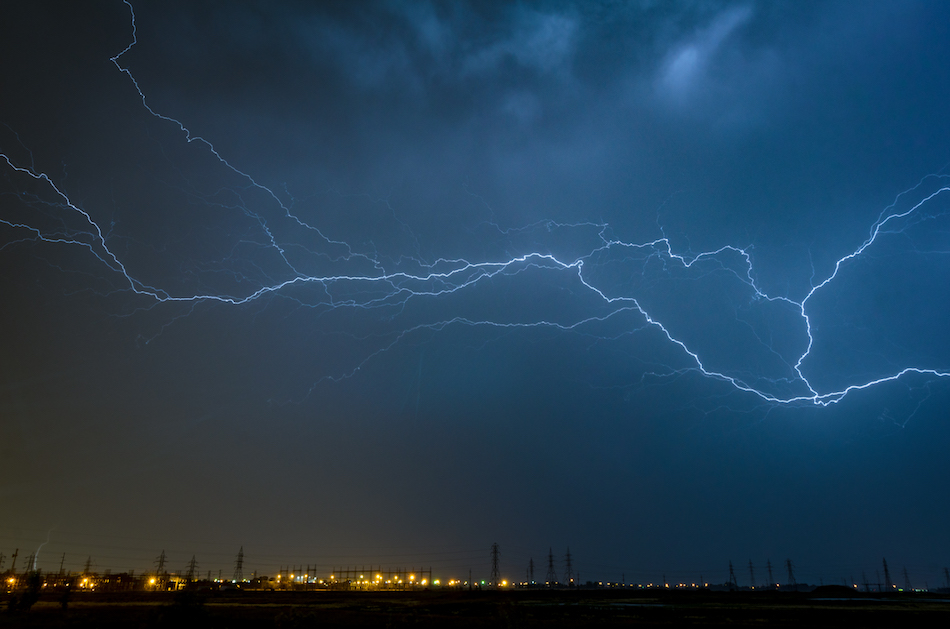 WINNIPEG — Manitoba Hydro crews are working to reconnect power to about 2,500 residents across the province after a wild weather night Wednesday.

Power outages were reported throughout the province, brought on by strong winds, hammering rain and loonie-sized hail in some places.

Erickson received the most precipitation at 104 millimetres, followed by Neepawa at 75 millimetres.

Winnipeg came out relatively untouched, with only 2.7 millimetres of rain reported at The Forks. However, footballs at Investors Group Field had to sit through a lightning delay, with the Winnipeg Blue Bombers game not wrapping up until nearly 1 a.m. The good news? They won 37-11.

Elsewhere around the province, a funnel cloud was reported 8 km north of Hartney at 5 p.m., and a brief tornado was spotted near Margaret at 5:10 p.m. No damage was reported.

At around 5:20 p.m., a longer-lived tornado was reported 10 km west of Baldur. Environment Canada says it tracked northwards toward Stockton, just west of Glenboro, where a large shed was destroyed shortly after 5:30 p.m.