Man, Woman Arrested for Scalping Tickets to The Hip 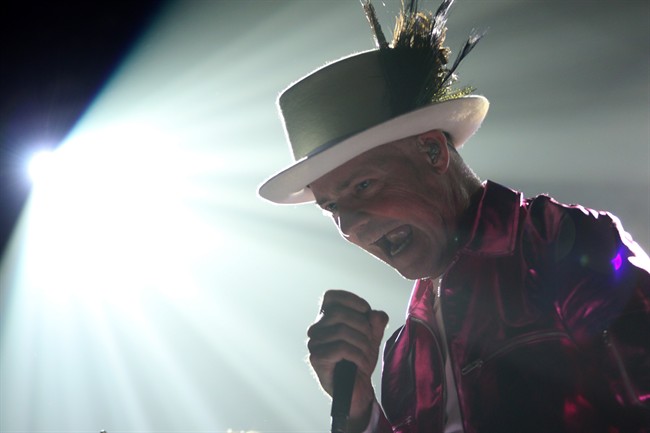 The Tragically Hip’s Gord Downie, performs during the first stop of the Man Machine Poem Tour at the Save-On-Foods Memorial Centre in Victoria, B.C., Friday, July 22, 2016. (THE CANADIAN PRESS/Chad Hipolito)

They’re the hottest tickets of the summer, and now two people are facing charges of trying to cash in on the hype.

The officers met with the two sellers after responding to separate ads posted online. Police say pairs of floor seats were offered for several hundred dollars above face value.

A 30-year-old man and 31-year-old woman, both from Winnipeg, were arrested on Wednesday.

The fine for selling tickets above face value (as stated in Section 60 of The Amusement Act) is up to $5,000 each.

The Tragically Hip play a sold out MTS Centre on Friday night as part of their Man Machine Poem Tour.