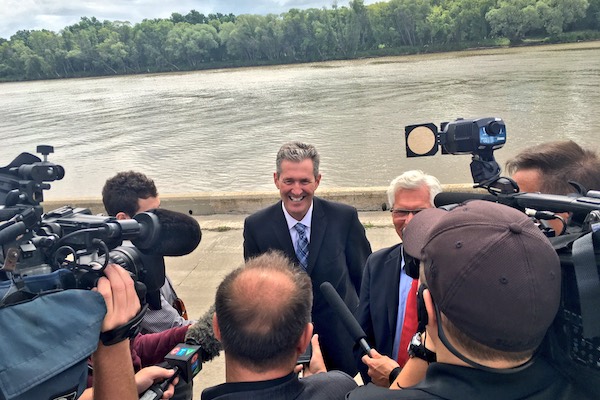 SELKIRK, Man. — Two new wastewater treatment plants are in the works for the City of Selkirk and the RM of Gimli.

The provincial and federal governments were in Selkirk Friday to announce the $53.2 million commitment.

For Selkirk, the project calls for an increased capacity to serve Selkirk, St. Andrews and Lower Fort Garry.

Both projects will improve water quality discharged back into Lake Winnipeg to protect the ecosystem.

“Being good environmental stewards is a priority in the City of Selkirk’s strategic plan and a new wastewater treatment plant ensures the effluent discharged into the Red River is environmentally safe,” said Selkirk Mayor Larry Johannson.

“The new plant is an infrastructure improvement that will build Selkirk’s economy and sustain the environment at the same time.”

The province’s share of the cost will be up to $11.73 million to Selkirk, with the city and Ottawa balancing the rest. Manitoba and the federal government will each spend up to $6 million on the Gimli project. The RM of Gimli will provide the remaining funding.

“Expanding our treatment plant will allow for sewer services to become a reality for many property owners located along the west shore of Lake Winnipeg,” said R.M. of Gimli Mayor Randy Woroniuk.