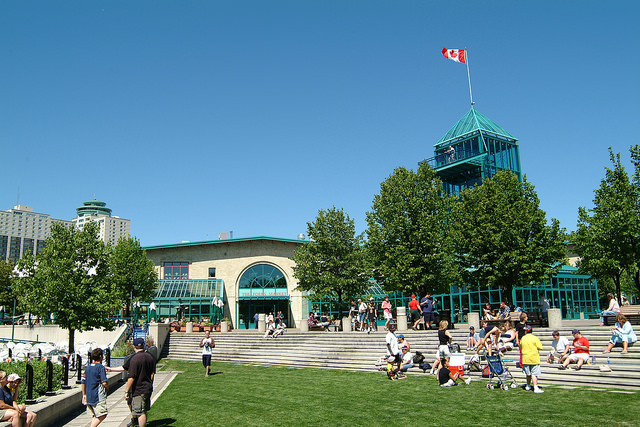 WINNIPEG — Several people were assaulted and robbed at the city’s busiest tourist destination on Monday night.

Police say several victims were confronted by multiple suspects at The Forks at around 11:30 p.m. The suspects were armed with various weapons and also damaged vehicles.

The victims were assaulted, then robbed of personal property.

Four suspects were arrested and have since been charged:

Each faces charges of two counts each of robbery, assault, assault causing bodily harm, two counts of uttering threats, extortion, possession of a weapon, mischief over $5,000 and four counts of assault with a weapon.

Police say there may be additional victims who have yet to come forward. Anyone who witnessed the incident is asked to contact investigators at (204) 986-6668.