New $9M Marine Observatory on the Way for Churchill 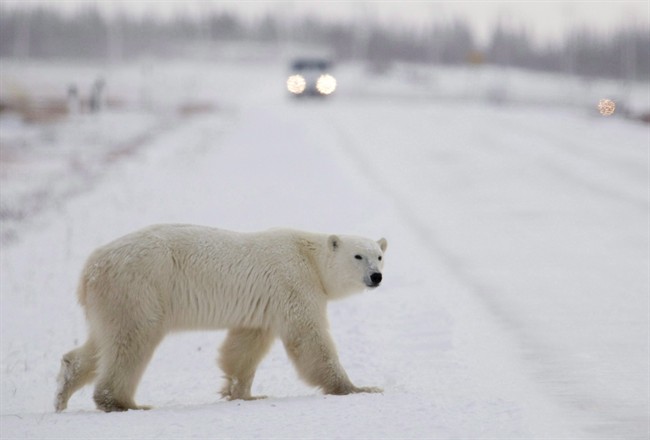 A polar bear is seen walking across the street in Churchill Man., as the Olympic Flame arrives in town Sunday, Nov. 8, 2009. (THE CANADIAN PRESS/Jonathan Hayward)

The Manitoba government will spend up to $9 million for the University of Manitoba to construct a new marine observatory in Churchill.

The observatory will serve as a year-round hub for cutting scientific research and technology development in the north, said Education and Training Minister Ian Wishart.

“This project is an important part of our vision for a strong, diversified northern economy,” Wishart said.

“The Churchill Marine Observatory will create up to 21 permanent jobs, boost tourism and transportation in the region and enhance Manitoba and Canada’s reputation as a world leader in Arctic research.”

Approximately 80 academics and students from the University of Manitoba and other universities in Canada, the United States and Europe are expected to visit the facility to conduct research each year.

In July, Omnitrax Canada closed the Port of Churchill, putting dozens of local employees out of work. Freight rail service was also reduced to once weekly from twice a week.