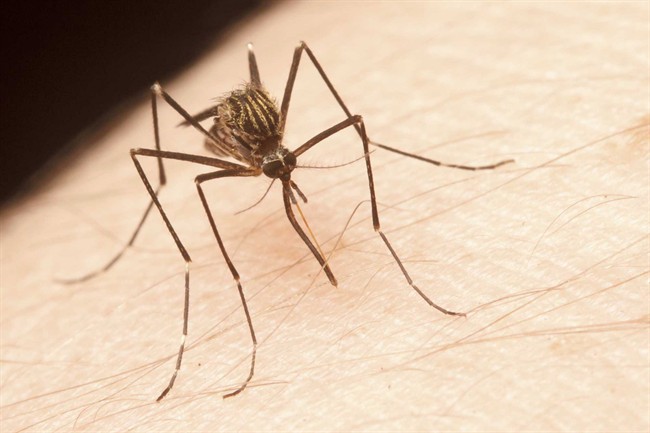 A female aedes japonicus mosquito is seen biting a person in this May 2015 handout photograph. (THE CANADIAN PRESS/HO-Sean McCann)

A Manitoba man in his 40s is the first human case of West Nile Virus in the province this season.

Officials say the man lives in the southern health region and is believed to have been exposed during the week of July 17.

The province says Manitobans can protect themselves from the risk by reducing the amount of time spent outdoors, using mosquito repellent and wearing light-coloured, loose clothing.