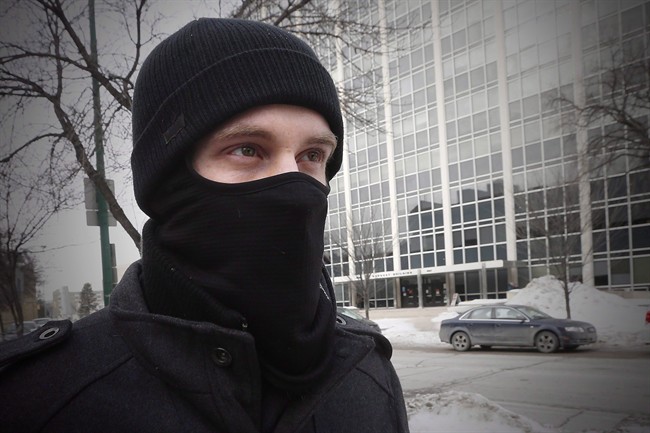 Aaron Driver leaves the Law Courts in Winnipeg, Tuesday, February 2, 2016. Terrorism suspect Aaron Driver was killed in a confrontation with police in the southern Ontario town of Strathroy. (THE CANADIAN PRESS/John Woods)

In just under a month from now, we will once again be asked to relive those terrible moments 15 years ago that have come to be known as 9/11. Our world changed forever on that sunny September day when more than 2,000 people died in the twin towers in Manhattan, at the Pentagon in Washington, and in a field in Pennsylvania.

Ever since, we have lived in almost constant fear, especially when traveling by air, or attending large public events. The big Canadian fear story this week involved a 24-year-old man named Aaron Driver. Until last summer, he lived just a few kilomcetes from where I am right now, in a rented room in the quiet Winnipeg neighbourhood of Charleswood.

Despite being raised by loving parents, including a father who served in Canada’s military for many years, Aaron became “radicalized” into believing that the solution to serious problems was in the horror that we saw on 9/11. When he was still living at home, his dad says he became very afraid that Aaron might just kill him in his sleep one night.

Clearly he was dangerous, but all that could be done under Canadian law was to put him under a peace bond and ship him east to live with another relative in southern Ontario.

Thanks to a tip from the FBI, Aaron was stopped with deadly force before he was able to harm who knows how many innocent people. His heartbroken dad says he can’t blame police for ending Aaron’s life to prevent him from hurting others. There’s so much about this story that is so difficult to understand.

Ralph Goodale, the lone Liberal soldier in Saskatchewan, is the federal minister of Public Safety. He says the terrorism threat level in Canada remains unchanged at medium.

Does anyone attach any meaning to words like that? As far as I can see, it does nothing to alleviate the horrible feeling of fear.