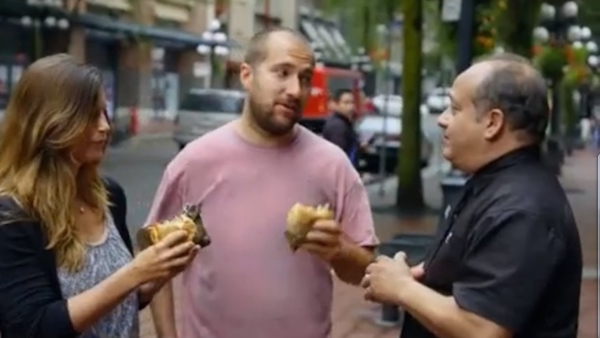 NEEPAWA, Man. — Over the last 150 years, Canadians have become increasingly urban, with each generation losing their first-hand connection to the farm. According to the 2011 Canadian Census of Agriculture, Canada’s farm population accounted for just two percent of the country’s overall population.

Despite this lack of first-hand knowledge, Canadians are becoming increasingly conscious of the food they eat. They want to make sure that their food is healthy, not just for them, but for the greater community. While this provides a good opportunity for some farmers to connect with consumers in a meaningful way, it also presents a challenge when the middlemen start spinning their message.

Retailers and restaurants know that their consumers want healthy food, raised in an ethical way and many have been quick to market themselves as meeting this need. The problem is that being a hero requires a villain and most often, conventional agriculture is being painted as the villain.

You don’t have to look far to find examples: in 2013, A&W launched their “Better Beef” campaign, which offers beef raised without any added hormones or steroids. Last year, Subway announced that over the next nine years, they will stop selling meat from any animals given antibiotics at their American outlets. In May, Earls said that they would only serve beef with the U.S.-based Certified Humane designation, raised without the use of antibiotics, steroids or added hormones. Recently, Chipotle Mexican Grill released a new cup promoting their “pasture-raised promise.” The cup notes that since most cows in the U.S. spend their days on concrete without access to pasture, “their chances of seeing a double rainbow [are] pretty much impossible.” The text goes on to say, “We believe that cows should be out in the grass, talking about the weather and gossiping about cud and such.

This message is ridiculous to anyone with first-hand knowledge of animal husbandry. But that isn’t the majority of consumers.

Herein lies the disconnect, to someone who is unfamiliar with agriculture, these moves sound like a win for both health-conscious consumers and the animals who provide their food. The problem is that they aren’t rooted in reality.

Subway was quick to change their stance when farmers took to social media. In a post that went viral, Anne Burkholder, a Nebraska beef producer, said, “In my mind, Subway’s announcement states that a bullet is their treatment of choice for sick food animals.” Consumers agreed, saying that they support the use of medications to treat sick or injured animals. This reversal has been followed by other restaurants who have back peddled, saying they support the use of antibiotics used to treat, control and prevent disease, but not for growth promotion of farm animals, something that is actually illegal in some states. Earls too backed off and announced their commitment to working with Canadian producers to source meat that meets their requirements.

The problem is that these campaigns play on the fears of unknowing consumers. Consumers don’t know that withdrawal periods and strict guidelines regarding allowed medication and drug residues are already in place to ensure a safe food supply. They don’t realize that dairy cows can’t graze in sub zero temperatures and besides, they don’t want to.

The good news is that when farmers get their message out, consumers are almost always on their side. The problem is that farmers have usually found themselves in a reactive position, countering claims put forward by companies eager to gain an edge and a larger market share. Farmers and farm groups need to be more proactive; these threats are only going to increase as retailers and restaurants try to capture a larger share of consumers hungry for knowledge about their food.