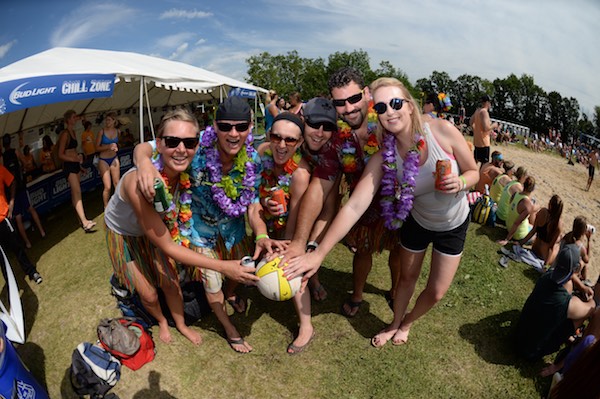 MTS Super-Spike raised $100,000 this year, enabling organizers to surpass $1 million over the past 10 years. (HANDOUT)

A volleyball tournament earlier this summer on Winnipeg’s outskirts raised $100,000 to push its funding efforts beyond $1 million.

“We are extremely excited at the amount raised this year, especially knowing that for the first time in over 10 years, rain unfortunately played a part in our event,” said event general manager Greg Paseshnik.

“To have now raised over one million dollars in support of our Winnipeg-based National Women’s Volleyball Team through the event is a very special accomplishment that all our volunteers, participants, sponsors and supporters should take pride in.”

More than 950 games of volleyball were played when festival-goers weren’t taking in some of the headlining acts.

With the national women’s team relocating to Richmond, B.C. at the end of the year, Super-Spike will later be announcing new Winnipeg-based charities to support in 2017.

“We expect to leave an even bigger impact in our community by partnering with multiple new charities each year as beneficiaries of the event,” Paseshnik said.