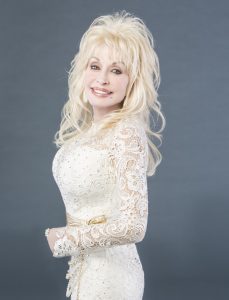 WINNIPEG — She loves eating potato chips and enjoys a carb-filled meal every once in a while, but you would never believe that’s what 70-year-old country superstar Dolly Parton treasures as her guilty pleasure when you see her performing for her fans.

“I’ve got to have my starches, but I’m kind of a hyper performer, always in motion,” the cheerful belle and major award winner on the country music scene laughed as she talked about her 43rd solo album titled Pure & Simple.

Parton will be performing at MTS Centre on Monday, September 12 and makes absolutely no apologies for the persona she created decades ago, with her signature blonde hair, long nails and curvaceous features. Parton is proud to explain, more than once, that she “stole” her fashion sense from the “most trashy woman” in her hometown in Tennessee.

“You need to brace yourself and pace yourself,” said an elated Parton on Friday as she spoke to Canadian media about her first Canadian and U.S. tour in over 25 years. “I believe in being real and true to yourself, and people can either accept it or reject it. Thankfully, I have a wonderful fan base that has always accepted me for who I am.”

The love for her husband of 50 years, Carl Dean, and her ability to stick to the classics she knows her fans adore, as well as introducing new songs to her repertoire, such as “I’m Sixteen” are what Parton says keeps her always wanting to be there for her devoted following.

“I know everyone likes the playlist of what I was known for years ago, and that’s alright. I love that,” laughs Parton. “But it’s also OK to produce an album that deals with love, potential love, friends with benefits, whatever happens… happens! I believe in fairy tale love and always will. And I am excited to share this with my fans both new and… well… from another time.”