Home » The Canadian Press » Downie Calls Out to Trudeau, Highlights the North, During Final Show of Tour

Downie Calls Out to Trudeau, Highlights the North, During Final Show of Tour 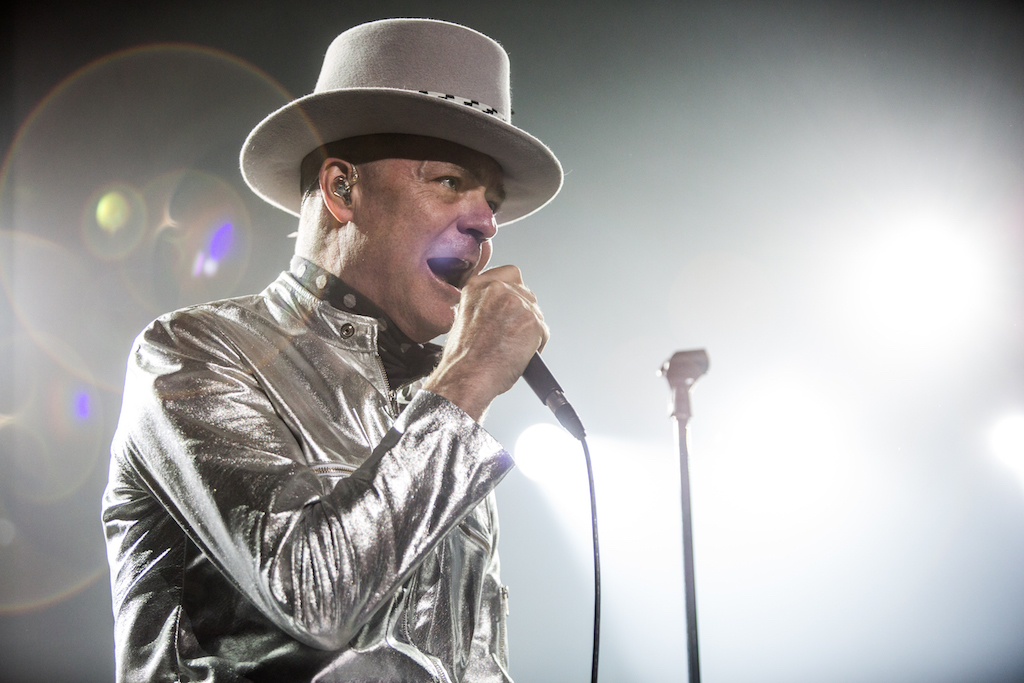 The Tragically Hip’s Gord Downie performs during the last stop of the Man Machine Poem Tour at the K-Rock Centre in Kingston, Ontario on Saturday, August 20, 2016. (MIKE HOMER / LIVE NATION)

KINGSTON, Ont. – With a delirious sold-out crowd hanging on his every word and countless Canadians watching live on TV from their homes and public viewing parties, Gord Downie used the much-anticipated final show of the Tragically Hip’s “Man Machine Poem” tour to campaign for Canada’s North.

Downie spoke little between songs during the other 14 shows of the tour but frequently addressed the audience — and fans watching on the CBC — Saturday night. He twice praised Prime Minister Justin Trudeau, who was in attendance at the K-Rock Centre in the group’s hometown of Kingston, Ont.

“We’re in good hands, folks, real good hands. He cares about the people way up North, that we were trained our entire lives to ignore, trained our entire lives to hear not a word of what’s going on up there. And what’s going on up there ain’t good. It’s maybe worse than it’s ever been, so it’s not on the improve. (But) we’re going to get it fixed and we got the guy to do it, to start, to help.”

Despite battling terminal brain cancer, an energetic Downie was in fine form as he and his bandmates played an epic 30-song set loaded with hits and punctuated by three encores.

Downie, who started the show wearing a metallic silver suit and hat with a “Jaws” T-shirt underneath, hugged and kissed his bandmates before they stepped on stage to open with “50 Mission Cap,” followed by “Courage (for Hugh MacLennan),” “Wheat Kings” and “At the Hundredth Meridian,” all off the album “Fully Completely.”

The Hip then segued into songs from their latest album, “Man Machine Poem,” before running through tracks from “Music @ Work,” “Road Apples,” “Phantom Power,” “Up To Here,” “Day For Night” and “Trouble at the Henhouse.”

The show was closed out by fan favourite “Ahead By A Century.” Downie gestured as if he was sketching a portrait of the teary audience as the band — rounded out by guitarists Rob Baker and Paul Langlois, bassist Gord Sinclair and drummer Johnny Fay — played the final notes of the song.

They then embraced, stood arm-in-arm as the crowd roared, and then walked off stage for good.

Many anticipate this will be the band’s final tour, given Downie’s health.

Before performing the “Road Apples” song “Fiddler’s Green,” Downie seemed to reference the outpouring of support from fans in the wake of his diagnosis.