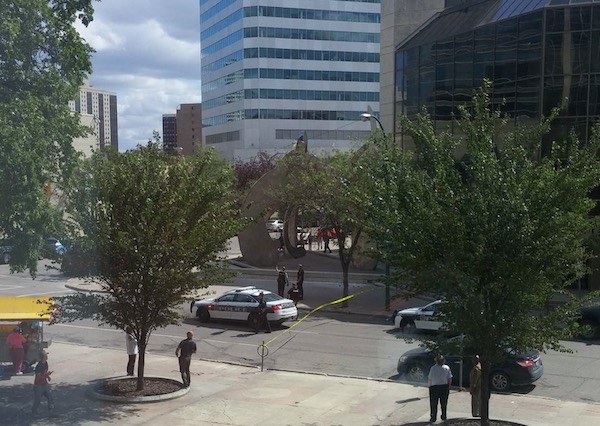 WINNIPEG — A small explosion made for tense moments outside the law courts building in downtown Winnipeg on Wednesday.

Social media was first to report the explosion, which happened at around 2 p.m. near the steps of the building on York Avenue at Kennedy Street.

Police said one person was taken to hospital as a precautionary measure, but no one was seriously injured.

Reports say a small object was on fire and security guards rushed to put it out with an extinguisher. Soon after, the item exploded.

Courthouse business was suspended for the day and those inside were allowed to leave through side doors.

The bomb unit remained on scene for several hours and roadways in the area reopened at around 5 p.m.