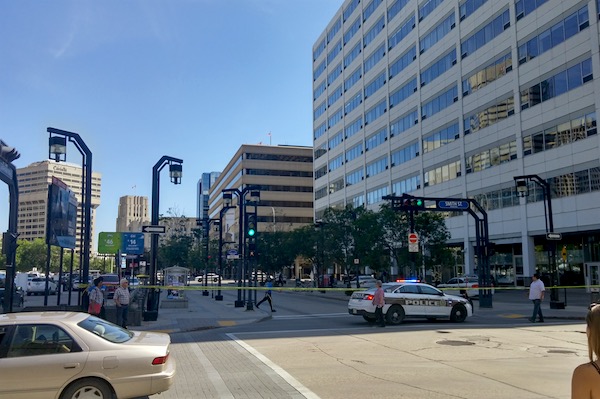 Winnipeg police blocked off the roadways surrounding their new downtown headquarters on Friday after a suspicious package was located.

Officers say the item was found at around noon near Graham Avenue and Garry Street.

The bomb unit was called in to investigate and found the item to be safe after carefully examining it.

No one was injured in the incident.

All roadways in the area have since reopened to traffic.