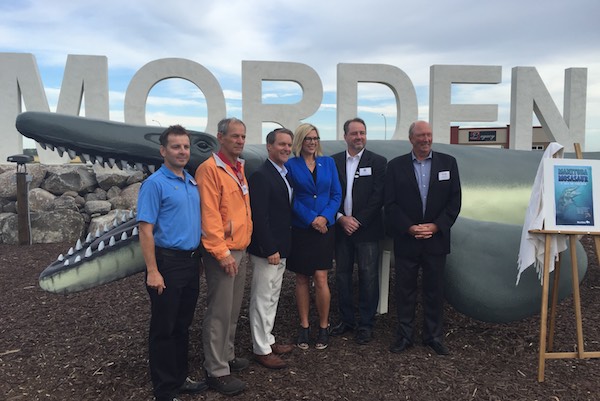 The museum is home to Canada’s largest collection of marine reptile fossils, including the largest mosasaur on display in the world, named Bruce.

“We have worked hard to achieve signature museum status and we’re thrilled to have reached this milestone,” said executive director Peter Cantelon.

“With this support, we look forward to increased national and international awareness about who we are and what we have to offer.”

The CFDC joins six other Manitoba museums with its entry into the program, meant to showcase destinations with unique collections and exceptional programming for visitors.

Status in the program is achieved by maintaining a year-round operation with full-time staff, an average annual visitation rate of 20,000 or more, and showing potential for future growth.

← Previous: Trouble in the North: Currie Next: A Province on the Move →
Tags: Manitoba