Trouble in the North: Currie 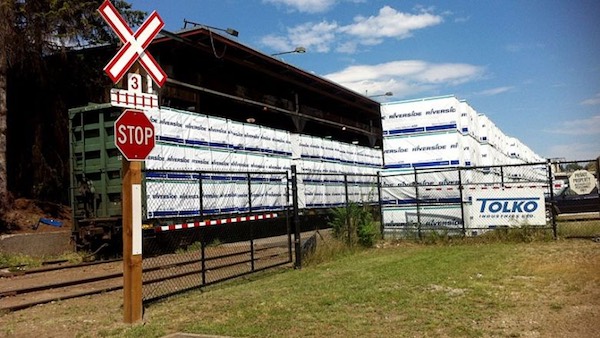 Ten years ago, I had an eye-opening experience about what has been happening to the old notion that “Canadians are hewers of wood and haulers of water.” Twice within a few weeks, I drove a truck across the north shore of Lake Superior, passing through a handful of communities that were slowly dying.

They were basically one industry towns, and in most cases, the industry had been a pulp mill or a sawmill. The mills were closing for a number of reasons related to the global economy, and the digital economy. Much of it relates to the multi-nationals who now own so much of the resource sector in the world.

Just about all commodities are in the economic toilet right now, and it’s difficult to foresee a change for the better. The latest example that smacked us right in the face this week was in The Pas, a community of 5,500 people in northern Manitoba.

Tolko, which is based in B.C., will be shutting their kraft paper mill down just before Christmas, putting more than 330 people out of work. A few weeks earlier, Omnitrax, the American company that owns the northern railway announced that service through The Pas would be cut in half.

Both companies have been quietly holding governments to ransom for years. “Give us more reliable and sustainable subsidies, or we’re out of here.” There have been similar stories in recent years affecting the lives of families in central and northern Saskatchewan as well. The provinces, particularly the new PC government of Brian Pallister in Manitoba, are making it clear that they won’t be bailing out forestry mills and other industries that have little hope of being sustainable on their own.

I’m told that some of the long-term employees at the Tolko mill in The Pas make as much as $100,000 a year. It used to be almost that good in places like Kenora and Dryden in northwest Ontario. Meanwhile, the folks who make paper in the third world are lucky to make a third of that.