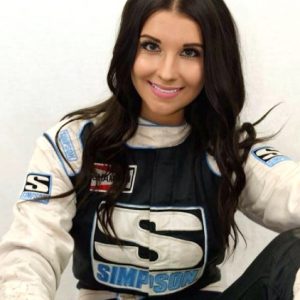 After spending all summer at Motor Mile in Radford, Virginia racing her heart out to become Canada’s first Canadian female to win a NASCAR-sanctioned race in the USA, 24-year-old Winnipeg native Amber Balcaen reached her goal on Saturday night.

Balcaen, who grew up in Charleswood, has made history by beating the pack and getting the checkered flag after rain delays threatened to douse her dreams.

“I knew I had only two races left at Motor Mile this season to put myself in victory lane,” said an elated Balcaen moments after her big win. “I came so close to winning the last race, and to get the win tonight felt just amazing, and I’m glad the weather finally cooperated.” 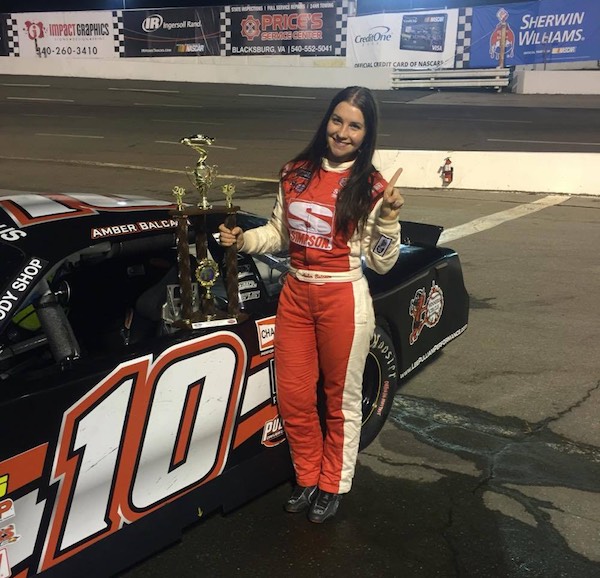 Balcaen, who cut her teeth in the racing world by following in the footsteps of her father and grandfather by driving the dirt tracks, decided pavement and the world of NASCAR were calling her name.

“If you would have told me when I was a little girl that I would work my way up from dirt racing to NASCAR and win in my first season on pavement, I would never have believed you. This is honestly a dream come true.”

Balcaen has one more race at Motor Mile this season. She hopes that with the help of much-needed sponsors she can continue racing towards additional wins and perhaps even a shot at the big race known as Daytona.

“Now, that would be something,” she said.

I Just became the 1st Canadian Woman to win a @NASCAR race in the USA!!!!! Ahhhhh????? @NASCARHomeTrack #makinghistory #grateful

← Previous: A Province on the Move Next: RAW: Churchill Dinners on Ice Set for March 3-11 →
Tags: United States | Winnipeg